Beck is an AT&T "It's Not Complicated" commercial actor. He is married. 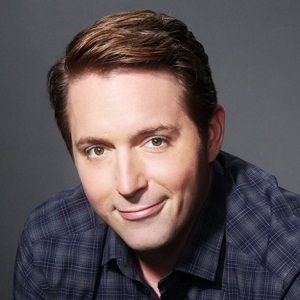 Kids have a weird honesty, especially in their reaction to things where a lot of older people who have matured have lost that

As an actor, a lot of things you do, people don't see it

Working with children has done well for me. I don't find them intolerable or frustrating. They're just fun, full of energy, and happy to be there.

What is the relationship of Beck Bennett?

Beck Bennet is a relationship. He is dating Jessy Hodges, an actress. They are having an affair since 2011. The couple keeps sharing their holiday pictures, morning selfies, which are too adorable. They make a very cute couple and are compatible with each other.

Who is Beck Bennett?

Beck Bennett is an American actor, writer, and comedian. He is mainly famous for the AT&T “It’s Not Complicated” commercials where he interviews kids.

Currently, he is a cast member on Saturday Night Live. His sketch videos with the comedy group Good Neighbor made him more popular among the public and fans. He is active in the industry since 2005.

Beck was born on October 1, 1984, to Sarah and Andy Bennett in Wilmette, Illinois, United States. He was raised up with his parents in a friendly environment. His parents used to encourage him in acting and he was also interested in the same field since childhood.

He is of mixed(German, English, as well as Irish, Scots-Irish/Northern Irish, Scottish, distant Dutch, Welsh, and Jersey) ethnicity.

Talking about his educational background, he attended New Trier High School and graduated from there. Later on, he attended the USC School of Dramatic Arts to pursue his career in the acting field.

After the study, Beck joined the sketch group Commodus Interruptus in 2003. Later on, he and his friend, Kyle Mooney and Nick Rutherford joined with director Dave McCary to form a new sketch group. They named the group Good Neighbor. Comedian Louis C.K praised the group and encouraged them to make funny movies. He started the political talk show Fresh Perspectives in the year 2011.

It helped him to create AT&T, a new commercial interviewing children. He appeared in the movie “Kill Me Now” in the year 2012 written and directed by Chris Lowell. He appeared in the episode of Last Man Standing in 2013 and was highly popularized among the public.

He has made a respectable position in the industry and has an estimated net worth of $4 million as per 2022’s data. He has not received any awards so far in his career yet.

Beck is constantly plagued with gay rumors. It is said that he often speaks gay rights and responsibilities in different interviews. In his recent interview, he stated that gay people are still judged as different species. Beck hasn’t revealed anything relating to his sexuality, that’s why only he knows where he is gay or not.

He has a height of 5 feet 7 inches tall. He has light brown hair color and brown eye color. His weight, body measurement, shoe size. and dress size etc. is unknown.