Becky Mantin is a British weather forecaster currently presenting at ITV. Becky is the wife of Jack Heald and mother of four kids. 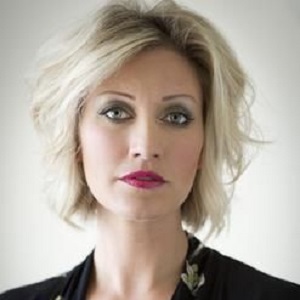 Officially the luckiest girl in the world!

Becky Mantin is a married woman. She has been married to Jack Heald since December 12, 2009. Jack is a former yachtsman and is a professional rugby coach.

Who is Becky Mantin?

Becky Mantin is a British weather forecaster and businessperson who works as a freelancer on ITV and also manages her own business. She is currently working as a host of Good Morning Britain on ITV.

Becky Mantin was born on October 18, 1980, in Norwich, Norfolk, England. His current age is 38. Her father’s name is Richard Mantin and her mother’s name is Wendy Mantin.

Her mother was a medical caretaker and her father was a specialist. She grew up in the south Norfolk village of Saxlingham Nethergate.

Becky holds British citizenship but her ethnicity is unknown.

Becky Mantin began her career as a writer for the Eastern Daily Press and appeared on the commercial radio station Broadland 102. After that, she moved as a fashion presenter for the lunchtime magazine show ‘Home Malone’ and took meteorological training to become ITV Angila’s main weather presenter.

Later, she presented and reported on regional programs including the animal rescue series ‘Animal Tales’ and the consumer show ‘Late Night Checkout’. After that, she appeared on the national channels ‘ITV Weather’, ‘Channel 5’, ‘Sky’ as a reporter.

She joined ITV Weather on a permanent basis from February 25, 2005. Also, she made her appearance as a weather presenter on ‘Good Morning Britain’ on ITV Breakfast.

On 2 April 2019, she presented the program Inside Britain’s Storms on ITV.

During her vacation, she went to Australia with her friend Jon. She was standing with the water at shoulder height and suddenly a person surfing on the beach hit her on the back of her head with an enormous thud.

The person just told sorry and paddled off to catch another wave. Then, she collapsed on the beach and she put her hand in her skull. Her friend, Jon was aware as he was surfing further along the beach. Then, other people came to help her and were hospitalized.

Then, she went to her parent’s house in Norfolk to rest for a few days and her mum called an ambulance as she suspected that she may have had a bleed on her brain but after an MRI scan, it was clear. However, she suffered from migraine, ear infection, but later, it was cured.

This journalist has an estimated net worth of around $11 million. But her salary is not disclosed.

Becky Mantin has got a perfect body. Her height is around 5 feet 10 inches and has a decent weight. Moreover, she has blonde hair and light brown eyes.

To know more about Donna Dixon, Mamie Gummer, and Jasmine Guy, please click on the link.