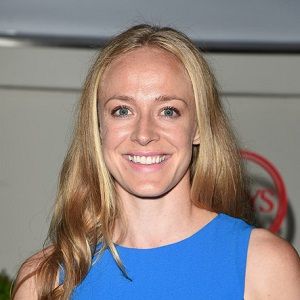 Success doesn't motivate me as much as integrity does. Everyone loses. I enjoy the pressure of showing up every single day, being focused, putting forth my best effort, getting the best out of my teammates, and enjoying the journey

Even when matches don't work out the way you planned, you've always got to stay strong in defence

it's a matter of willpower and intelligence

It's really indescribable. All the hard work you put in and all the sacrifices.

What is the relationship of Becky Sauerbrunn?

Becky is currently single. She is very secretive about her personal life and does not seem to be involved in an affair.

She always has been hardworking and determined towards her professional career rather than spending her precious time in relationships.

Besides, she loves her cat.

Who is Becky Sauerbrunn?

Becky Sauerbrunn is an American Soccer player. She is currently captaining FC Kansas City as a defender.

In addition, she is the co-captain of the United States Women’s National Team.

She is widely famous for representing the United States in FIFA Women’s World Cups as well as Summer Olympics.

Becky’s two older brothers are Grant Sauerbrunn and Adam Sauerbrunn. Moreover, her family was very supportive in the early part of her career.

As regards Becky’s childhood, she has not shared much information with us until now. And as of now, her ethnicity is not known to many of us.

And as a part of her graduation, she attended the University of Virginia.

A soccer player is Becky’s only profession which she achieved after great effort and determination. Representing her country in Olympics as well as FIFA World Cup is her most noteworthy achievement. Furthermore, she is captaining FC Kansas City since 2016.

Becky started her career in an early period of her life. She was already participating in various sports programs while she was attaining her academic study. From 2003 to 2007, she was part of the Virginia Cavaliers in her college.

As regards Becky’s club career, different clubs noticed her school talent and as a result, she represented Boston Renegade in 2005. Thus, this was the beginning of her professional career.

She played for Richmond Kickers Destiny for the 2006-2008 season where she made an impressive 24 appearances. And for the next two years, she represented Washington Freedom. Becky was regularly featured in different teams as she was not able to make any big impressions.

In 2013, FC Kansas City bought Becky for a new National Women’s Soccer League and is representing the very club ever since. So far here new franchise has been successful and is captaining the team since 2016.

Becky’s international career has relatively been more successful than her club career. She featured in U-16, U-19, U-21, and U-23 national teams during the early part of her career.

She always has been an integral part of the United States National Soccer team so far since she is able to contribute to every big opportunity.

As a result of Becky’s successful career, she has many awards under her name.  Right from the start of her career, she has been able to receive awards for her outstanding contributions.

Missouri Gatorade Player of the Year, Parade All-American, and NSCAA Youth All-American awards are some of her high school awards.

Becky Sauerbrunn is one of the highest-paid women’s soccer players in the United States. Her salary is more than $300 thousand and details about her net worth are more than $3.5 million as of 2022.

In recent times, the United States Women’s national team is having a payment dispute.

The co-captain Becky Sauerbrunn and her teammates are demanding an equal salary as the United States Men’s national team.

This controversial topic has led to many topics including Women’s Rights. And as of now, there has not been any declarative conclusion regarding this dispute.

Becky Sauerbrunn is 5 feet and 7 inches tall. Her weight is around 64Kg.

Other details about her body measurement are currently unknown to the trusted domains.

But as a result of her athletic profession, she has well maintained physical appearance.

She is a fair-skinned gorgeous person with blonde hair in reference to her media appearances.

Captain USWNT Becky Sauerbrunn talks unequal paychecks and thinks that “healing process” is essential between US men and women players!!

Catt Sadler Says ‘Quit’ To E! After The Equal Payment Dispute After Knowing Her Male Co-Host Made Twice Of Her