Beenie Man is a Jamaican reggae and dancehall singer and record producer.Beenie Man is not having an affair with anyone presently, The couple divorced in 2011 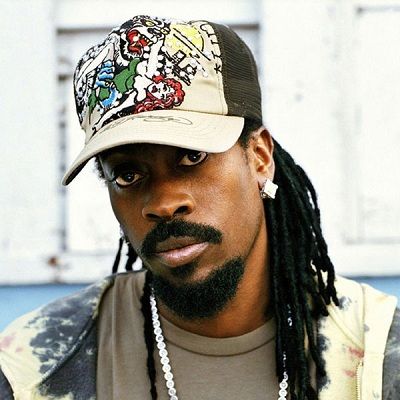 Serious thing you know! Because you see I know say the college radio dem start all the young artiste dem until dem get big...I know that a long time

Well, Beenie Man being more...a father figure these days you know...spending some time with the kids you know

Well you have know say a just the vibes within I &

I and the music because you go out there and seek artistes and you say - all right, you see that artiste - him a mek something a himself you know - and you bring ME to come pon the radio station and you play me every day.

Beenie Man married Michelle “D’Angel” Downer on 22 August 2006. Downer was previously known as a long-time girlfriend to Bounty Killer. They had a son together, Marco Dean Davis who was born in November 2006.

Beenie Man separated from his wife due to her alleged infidelity in June 2007. In March 2010, they released a duet single entitled “You Are My First”, although at the time they were separated. The couple divorced in 2011

Who is Beenie Man?

Moses Anthony Davis is popularly known for his stage name Beenie Man. Beenie Man is a Jamaican reggae and dancehall singer. Bennie is referred to as the world’s “King of Dancehall”.

Bennie is 46 years old. He was born on 22 August 1973 in Kingston, Jamaica. His uncle’s name is Sydney Knowles who played drums for Jimmy Cliff. He has one brother named Kirk Davis who is also a music artist. Bennie belongs to Jamaican nationality and African ethnicity.

There is no information about his parents. However, it is known that his great-grandmother passed away in the year 2018, and due to that grief his mother was hospitalized.

There is no information about his school/college university. But he once said in an interview, he said that during the day he went to school and evenings, he would work on his music.

Beenie started his music career at the age of five. He got inspired by his uncle Sydney Knowles who plays drums for the Jamaican musician, Jimmy Cliff. Bennie won the Tastee Talent Contest in 1981. Similarly, he has 22 studio albums to his name such as Art and Life, Many Moods of Moses, Back to Basics, Undisputed, etc. Beenie won the 2000 Grammy awards for Best Reggae album, Art and Life. Moreover, his songs have been ranked with 100 hits on the UK & US charts.

Beenie had a sizeable hit with a duet with Janet Jackson called “Feel It Boy” in 2002. In early 2004, featuring guest vocals by fellow Jamaican Ms. Thing as well as rhymes by Shawnna with the release of a remix of “Dude”. It was stated that Beenie Man was a star in the film Kingston in April 2008. In September 2008 Beenie Man has cleared of charges of tax evasion.

He released the full album on 28 February 2011. In April 2009, in preparation to release his new album The Legend Returns, Beenie Man signed with Brookland Entertainment, a new record label formed by Eric Nicks and The Trackmasters. In Canada, the music video for the release of his new single “Gimme Gimme” being shot on 18 April 2009.

In 2011, the song “Let’s Go” was released on the Overproof Riddim compilation. Beenie Man and long-term rival Bounty Killer recorded a single together, “Legendary” in 2014. In 2015 Beenie Man recorded “Ghetto Youths Floss” alongside dancehall artist Demarco.

Furthermore, Beenie Man recorded a collaboration track called “Sister Caro” with United States-based Nigerian Artiste “Henricci” that Pundits are saying is one of his best pieces of material in a long time in August 2015. Moreover, OVO Fest was ascribed to a combined attack of the Zika virus and dengue fever due to his absence from 2016.

In addition, after a successful one day tour in Harare, Zimbabwe, he was featured in a Hit Single MY WOMAN by Winky D. He also produced a video in November 2017.

He received Grammy Award for Best Reggae Album in 2000. In 2017, he won the second prize in the Coca-Cola Top 50 Videos of the year.

From several sources as of 2019, it is found out that his current estimated net worth is around$4 million. Beenie Man’s primary income source is being a successful Rapper.

There is controversy that, one of Beenie’s song has been criticized for urging the murder of the homosexual. For that incident, he got removed from the 2004 MTV Video Music Awards after gay rights activists protest him. Later on, he regrets the lyrics through his record company. Similarly, veteran deejay Yellowmanrebuked Beenie’s hit King of Dancehall, proclaiming himself King. Yellowman also stated in 2006.

Furthermore, While the engagement rumors are yet to be confirmed, Beenie Man and Krystal Tomlinson are expecting their first child together.

Beenie is 5 feet 9 inches tall. He has large, attractive, and black eyes and he has a black hair color. There is no further information about his body measurements.