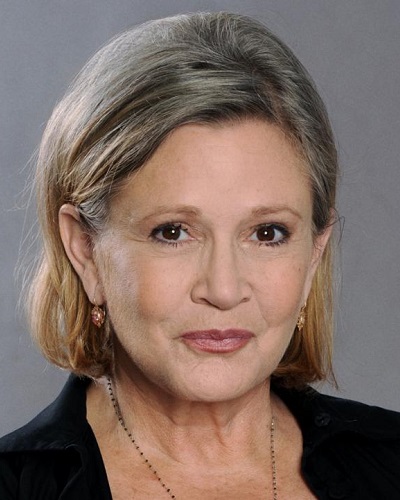 What makes it more special is this was the last on-screen play of Carrie in Star Wars. So, don’t miss watching the behind-the-scenes of the famous ‘Star of Wars’.

Scroll to watch the video.

Carrie, who left the world in December after undergoing a heart attack on a Los Angeles-bound plane, is emphasized everywhere in the almost three-minute-long clip that debuted at the D23 Expo in Anaheim, California.

You may like to read Carrie Fisher’s frank and lucid take on mental illnesses, addiction, and ECT!

The video starts with the ‘action’ of the director Rian Johnson. Just after we hear the familiar noise and Millennium Falcon appears. Meanwhile, Hamill explains:

“Even though I think I know it all, they threw things at me storywise I never could have imagined,”

Moreover, Johnson added who was making noises as he looks at a monitor:

Followingly, we can see Fisher all set on her character on the set as well as out of costume, getting a kiss on the cheek from Oscar Isaac in one scene. While secondly, in the next scene, she is joking with her onscreen brother, Hamill, in.

Not only Carrie Fisher, but her daughter, Billie Lourd also made an appearance in the movie in a small role.

Finally, the video comes to the end the Fisher’s says of the beloved series,

“It’s about family, and that’s what’s so powerful about it.”

Star Wars: The Last Jedi will be aired on December 15.

Carrie Fisher: Death at the sixties and the reason behind it

Carrie Fisher departed due to sleep apnea and a mixture of other undetermined factors. The Los Angeles County coroner’s office affirmed to the Associated Press on Friday, June 16.

As per the coroner, the Star Wars actress Carrie, who died last December at the age of 60, exhibited signs of having taken multiple drugs.

Though officials could not conclude whether those presented to her death. She also had a buildup of greasy tissue in the walls of her veins.

The coroner said Fisher’s manner of death would be registered as undetermined. Read the full story here…

Carrie Fisher was an American actress, writer, and humorist who is famous for her portrayal of the character of Princess Leia in the Star Wars series, also a writer who has authored best-selling novels such as, ‘Postcards from the Edge’ and ‘Wishful Drinking’. See more bio…

Secret To The Fit Body!! Khloé Kardashian, Jennifer Lopez and More Celebs Revealed Their Fitness Secret; Click To Find Out The Door To The Fit And Hot Body
Tags : Actress Behind the scenes Death at sixties Star Wars