Bella cruise is a hairdresser and entrepreneur. Bella Cruise is married to her boyfriend, Max Parker.

Bella Cruise is married to her boyfriend, Max Parker. Her husband is an IT consultant by profession.

The couple exchanged vows on the 18th of September 2015. The wedding took place in the Dorchester Hotel in London attended by a few friends.

As of now, she is leading a happy married life with her husband.

Previously, Bella was in a relationship with Eddie Frencher. Her ex- Eddie is a musician. The then-couple faced several relationship issues when she moved to London. 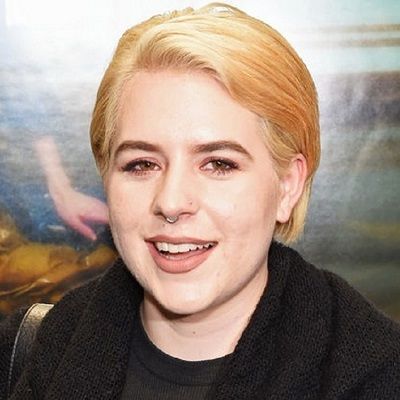 Who is Bella Cruise?

Bella cruise is a hairdresser and entrepreneur. She is also famous as the daughter of Hollywood celebrities; Tom Cruise and Nicole Kidman.

Bella cruise was born as Isabella Jane Cruise on the 24th of December 1992 in Miami, Florida. She is of Caucasian ethnicity.

Her biological parents used to be somehow associated with the Church of Scientology. Also, the former couple, Tom Cruise and Nicole Kidman is a member of the multinational network.

As her biological parents were not able to take care of her due to financial circumstances. Due to this reason, Tom and Nicole adopted her.

At the time, they were dealing with a tough time due to Nicole’s miscarriage. Three years later, her brother, Connor Cruise was also adopted through the Church of Scientology.

Apart from Connor, she has three half-sisters; Suri, Sunday Rose, and Faith Margaret. Sunday and Faith are the biological daughters of Nicole and the singer, Keith Urban. Whereas Suri is the daughter of Tom and Katie.

She completed her education from her home rather than attending regular school. After that, she went to London for her higher studies. Also, she completed 12 months hairdressing diploma course from the Sassoon Academy.

Despite being a celebrity kid, Bella Cruise has always maintained a distance from the glamour of Hollywood. During her childhood, she wanted to become a scriptwriter.

Apart from that, she is also active in the clothing line business too. In February 2018, she started her own fashion clothing line with the name, BKC (Bella Kidman Cruise).

She has a delicate relationship with her parents, especially with her mother, Kidman. She was left devastated when her parents got divorced from each other. At the time, she was just nine years old.

After that, she maintained a huge distance from her mother. Even she stopped calling her mom too. However, she always remained close to her father, Cruise. In the course, she maintained a cordial relationship with Tom’s 3rd wife, Katie Holmes. The relationship was too short as Tom again got divorced from Katie in a very short time interval.

In the past year, she and Kidman are trying their level best to keep a cordial relationship. In 2016, they had an emotional reunion with each other. Later, in 2018, she gave her mother’s name to her clothing line business as love to her mother.

Apart from that, she also makes a profit from her own clothing line, BKC.

To date, she has managed to maintain dignity as a celebrity kid. As of now, she has not been involved in any kind of controversy and scandals that created a buzz in the media.

Also, there are no rumors related to her. However, her marriage has been the talk of the town as both of her parents didn’t attend the wedding. Even her mother, Nicole has not even noticed the wedding.

Bella Cruise has brown eyes with brunette hair. She has a decent height and weight. However, details on her body stats are not available.

You may also read the bio of Joanna Coles, Jem Wolfie, and Maggie Mae Fish.