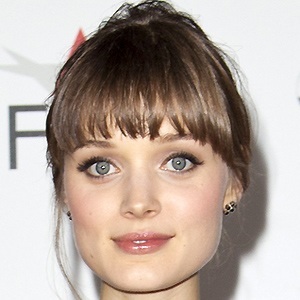 I think for me, home needs to be a sanctuary. I need to feel like I've escaped the day when I get home

I have a bit of a lava lamp fetish. They are kind of hideous, but there is something so therapeutic about them.

Reflecting on a personal life of Bella Heathcote, she is an engaged woman. She got engaged with Andrew Dominik who is a New Zealander Director in March 2017. The couple started dating since 2010 and finally got engaged. They are living in a happy romantic relationship.

There isn’t any information of her being in other relationships that we know of. Her personal life isn’t in the limelight as her career path is. There isn’t any solid proof which leads towards her children. Being a celebrity her stuff is always a matter of concern to general people. Being lack of much information regarding her personal life, her fans are curious to know more about her.

Who is Bella Heathcote?

Bold and Beautiful Bella Heathcote is an Australian actress who began her acting career since 2008. She is best known as Amanda Fowler in Neighbours and as Nicole Dormer in The Man in the High Castle. She is also known for her acting in movies like Fifty Shades Darker, In Time, Dark Shadow, and The Neon Demon.

Australian actress Bella Heathcote was born in Melbourne, Australia. She was born on 27 May 1987. She is of English ethnicity and has an Australian nationality.

Her birth name is Isabella Heathcote. Her father worked as a lawyer by profession. Her mother passed away when she was just 12.

Since childhood, she has built up a strong interest towards entertainment field.

Heathcote studied at Korowa Anglican Girls’ School and she received a Heath Ledger Scholarship in May 2010.

Bella Heathcote debuted her movie in the year 2008. She made her debut with a movie Acolytes. She performed the character of Petra in the movie.In 2009, she appeared in the recurring role of Amanda Fowler in the television series Neighbours.

Bella was cast into the movie  Not Fade Away in 2010. Later she was also cast in the movie  The Neon Demon. The movie was released in 2016. Bella was named to the list of 10 Actors to Watch: Breakthrough Performances of 2012 during  20th Hamptons International Film Festival. The same year she also starred for the music video ‘Shot at the Night’.

Bella Heathcote: Salary and Net Worth

Talking about the rumor and controversy, she suffered a controversy when she was engaged with Andrew Dominik.

Bella Heathcote has the height of 5 feet 6 inches. She weighs 56kg. Besides these, she has blue eyes and light brown hair. Furthermore, her shoe body figure measures  32-24-24 inches and she wears a shoe sized 8 US and dress sized 2 US.