Updated On December 28, 2021 | In controversy , Lifestyle , Salary
Share this 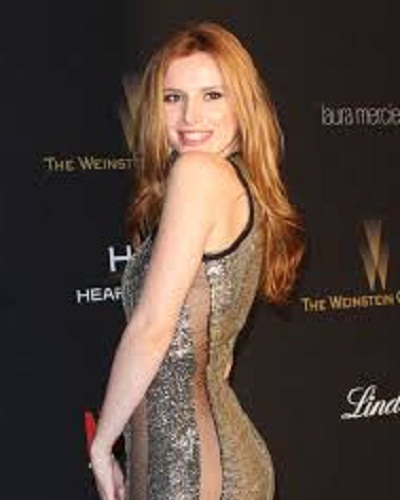 What is the Onlyfans controversy of Bella Thorne?

People started calling out the actress for scamming her fans on Onlyfans. But this is not where the backlash ends as they also blamed her for ruining the platform for other creators. Thorne made millions of dollars in a day making herself the latest celebrity to join the Onlyfans.

However, people started asking for refunds after buying her content for $200 dollars. As per the report, she was advertising the nude photo on the app which was not really a nude photo. Meanwhile, the actress claimed she never promised the nudity on the app.

The aftermath of her joining the Onlyfans did not end very well. After lots of people were asking for a refund on the app, Onlyfans made a hold on due to which international creators will have to wait 30 days to get the payment. Furthermore, the app will only allow them to charge up to $50 dollars with $100 dollars of tips. There were no limits to the price tag in the past.

The actress issued the statement claiming she joined the app only for the research for her new project with Sean Barker. However, people are still blaming her for them not making enough from the app anymore. Things went worst when Sean Barker released the statement saying he has nothing to do with Throne joining the app.

You may also read- Andy Lassner on the ongoing ‘The Ellen DeGeneres Show’ controversy!

Bella apologized to the Onlyfans’ creator

Onlyfans are working as the platform for the people who makes adult content without a middleman. It is the only source of income for their livelihood for many creators of the app. But after the actress’s controversy, the app has deducted a huge amount which will surely affect the income of those creators.

Though, the actress explained she joined the platform for the research purpose, people are not happy. No doubt, people are throwing shade at her after her action deducted the income of other people on the app. As she is a public figure with millions of net-worth, it is pretty self-explanatory why people are bashing the actress.

After getting called out by thousands of people on social media and a huge backlash, the actress finally spoke. She started her statement by saying she was trying to remove the stigma behind sex and the negativity of sex work. The actress further explained:

“I am a mainstream face and when you have a voice, a platform, you try to use you in helping others and advocate for something bigger than yourself. Again in this process I hurt you and for that I’m truly sorry.”

Bella Thorne is a young American actress best known for her role as a Ruthy Spivey on the television film, My Own Worst Enemy (2008). She is widely recognized for her lead role as CeCe Jones on the Disney Channel series Shake It Up from 2010-2013.

You may also read- Who is A6D? Know about A6D’s Twitter controversy and his social media activity!

Chloe Ferry highland dances to the tune of a busking piper on London Street on her wild birthday celebrations!
Tags : Actress Model OnlyFans