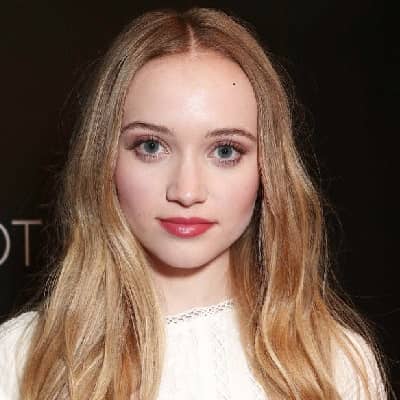 Belle Shouse’s current relationship status is possibly single. She hasn’t introduced anyone as her boyfriend or lover.

Presently, it seems that she is more focused on her career rather than on a romantic relationship. In further days if she revealed anything about her love life then we will update it.

Who is Belle Shouse?

Belle Shouse is renowned as an American film and television actress and model. She rose to fame after playing the role of Abby Crawford in the ABC drama series Secrets and Lies.

It seems that she prefers to keep a low-profile so, there is no enough information available regarding her family, parents, and siblings.

Similarly, her academic background information is also not available. However, she might be attending high school.

In 2014, Shouse made a child actress debut in the film, Summer’s Shadow where she was cast in the main role as Summer. After that, she got her big break on the big screen in the film “A Million Ways to Die in the West” directed by Seth MacFarlane.

The film features famous personalities like Charlize Theron, Amanda Seyfried, and others cast. In 2015, she was cast on the Netflix comedy series, Project MC2 portraying the role of Ember Evergreen.

Similarly, she appeared in a lead role in the horror film Havenhurst as Sarah in 2016. Lately, she seems in a web series titled Queen America aired on Facebook Watch from November 18, 2018, to January 6, 2019.

In the series, she cast in the role of Samantha Cole, the current beauty pageant titleholder of Miss Oklahoma. Besides film, she is also a model who had already work for brands like American Girl, JCPenny, and more.

Firstly, she stays miles away from any sorts of rumors and controversial acts. Till now, she has not been part of any controversy and scandals.

Belle’s main source of income is her profession as an actress. In addition, she has also done some endorsements and promote numerous brands.

But, Shouse hasn’t yet disclosed her exact net worth, salary, and yearly income.

The actress stands at the height of 5 feet 5 inches tall whereas she has average weight. She has a beautiful blue pair of eyes and has a blonde hair.