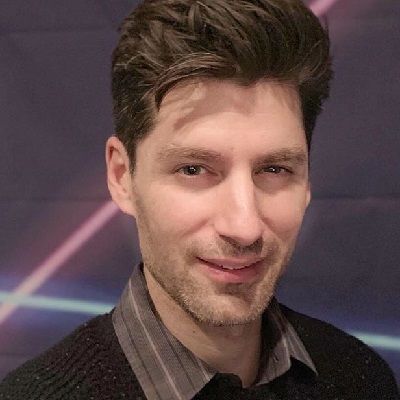 What is the relationship of Ben Aaron?

Ben Aaron is a married man. His wife, Ginger Zee is a senior ABC News Meteorologist.

The wedding took place on the 7th of June 2014 at Bay Harbour. The couple got engaged one year before in August 2013. The dating history of the couple is still is a mystery.

In December 2015, they welcomed their first son, Adrian Benjamin Colonomos in Petoskey.

Ginger announced that they are welcoming their second child via the show, Good Morning America on the 14th of August 2017. Also, they had a gender revealing segment in the show. Later, they welcomed their second son, Miles Macklin on the 9th of February 2018.

His Instagram post suggests him being a family man and his life surrounded by his wife and children.

Who is Ben Aaron?

Ben Aaron is a TV Host, Reporter, and Actor. He is renowned as the host of the talk show, Pickler & Ben.

Currently, he is a reporter for the New York-based station of WPIX.

Ben Aaron was born on the 10th of September 1981 in New York. His birth name is Benjamin Aron Colonomos.

His father, Mark Colonomos is of British-Irish ethnicity whereas his mother, Janis Yudelson Salerno is of Italian ethnicity.

Talking about the educational background, he earned his bachelor’s degree from Emerson College.

At the age of 18, Ben Aaron started his career as a journalist with the radio. At the time, he used to work for Radio Disney as a radio host. In the way of expanding his career, he relocated himself to Los Angeles and became a TV Host for the Orange County-based lifestyle news.

After that, he joined the KSWB TV network as a reporter. Later, he joined NBC Universal at WNBC as the TV Host. In 2015, he hosted the Crazy Talk along with Tanisha Thomas for two seasons till 2016.

Moving forward, in 2017, he co-hosted the talk-show, Pickler & Ben along with Kellie Pickler which became one of the popular shows. However, the show was canceled in 2019. Also, he was associated with Entertainment Tonight too as a special correspondent.

As of now, he works as a morning reporter of WPIX- TV Network.

Besides hosting and reporting, he has featured in TV series like Straight Up, Perfect Strangers, and Webster in some minor roles.

What is the net worth of Ben Aaron?

Also, he makes through his TV series appearance too.

Talking about the net worth, his wife, Ginger Zee has a net worth of $3 million. Also, her salary as a TV Host is in the range of $500k per year.

As of now, he has not been through any type of controversy and scandals that created headlines in the media. Similarly, he has stayed far from any rumors too.

However, he was in the headlines when his popular talk show, Pickler & Ben got canceled in 2019.

What are the body measurements of Ben Aaron?

Ben Aaron has blue eyes with brown hair. With a lean body physique, he has a decent height and weight.

However, details about his body stats are not available.