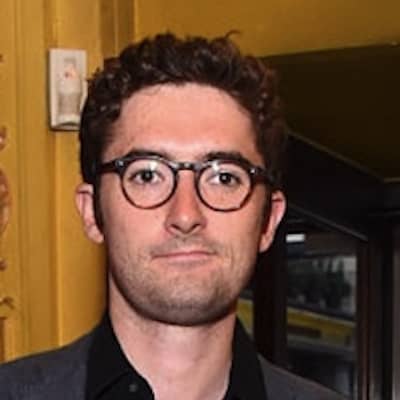 Ben Ashenden as of now is in a married relationship. He has exchanged vows with Katya Herman but the details of his wedding are not revealed.

His wife is a music therapist who currently works at Great Ormond Street Hospital. He on 09 June 2020 wished Katy a sweet happy birthday post via Twitter.

Who is Ben Ashenden?

Recently, he was seen in the movie Jurassic World Dominion playing the role of Tyler in 2022.

His upcoming movie titled What’s Love Got to Do with It? as Olly is in post-production and will release soon.

His birthdate is 23 Sep 1989 he was born in Watford, United Kingdom. The name of his mother and his father’s identity is hidden. But they are booksellers and builders respectively

Further, his ancestry is a mix of English-Irish and has a sister. As to his academics, he first went to the Haberdashers’ Aske’s School for Boys and then to Trinity Hall college, the University of Cambridge.

From the latter, he graduated in English Literature.

Ben Ashenden is noted for his character in Brotherhood where he was seen as Dan. He is the main lead was in Tracey Ullman’s Show. His other brief TV shows are,

Besides this, Ben also did a few movies. Some of them with the released date are,

The star cast of the movie Jurassic World Dominion, Ben is keeping himself away from scandals as well as rumors.

Ben Ashenden has an average height is 6 ft 2 inches and his body weight is average. Adding some more, he has dark brown eyes with light brown-colored hair.

Ben Ashenden is available on a few social sites and with a huge number of fans. On Twitter, he has around 5.8k followers.