Updated On December 18, 2022 | Published By: Chandler Bing
Share this
In Relation 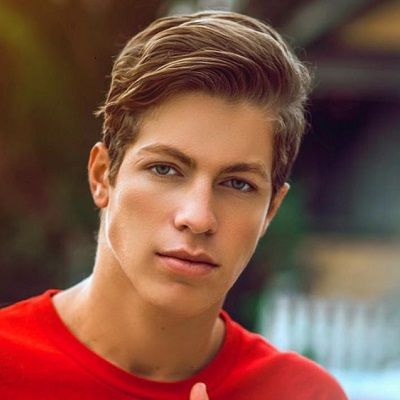 What is the relationship of Ben Azelart?

Ben Azelart is in a relationship.

He is dating Lexi Rivera who is also a YouTuber.

Their affair was started in the year 2018. On February 24, 2019, Ben uploaded a video titled Dating my best friend’s sister for 24 hours.

This couple also shared pictures of their dates and kissing each other in March and April 2019.

At present, he lives in Los Angeles, California, United States.

Who is Ben Azelart?

Ben Azelart is an American social media personality and a skateboarder. He is known for his videos on social networking sites like YouTube and TikTok.

His ethnicity is Caucasian and has a brother named Julien who is a photographer.

Ben at first grew up in Hawaii and attended Kailua Intermediate School there.

From the age of 9, Ben started doing skateboarding. He also participated in skateboarding contests like the Association of Skateboarders Hawaii and King of the Groms. In the year 2017, he competed in the Vans US Open.

Ben Azelart is very popular on social media TikTok. His videos are loved by more than 4.9 million followers.

He is a Youtube star and has his own channel, which is subscribed by more than 2.45 million subscribers. He first created YouTube channel on 5 June 2014, but posted his first video in August 2016, titled The Start Of My Youtube!

His video Never Have I Ever Brent Rivera and Caleb Burton! which was uploaded on April 26, 2018, has gained most views. It has till now got over 2.3 million views.

Ben also appeared in web series Brobot (2018) and Bucket List (2018). Besides this, he also has endorsed brands such as Predator Helmets, Immortal Shoelace, and DVS Shoes.

Talking about Ben Azelart’s body features, he has hazel eyes and slicked light brown hair. His height is 5 ft 11 inches and his body weight is 73 kg.

Who is River Everett from ‘The Family Chantel’ dating?