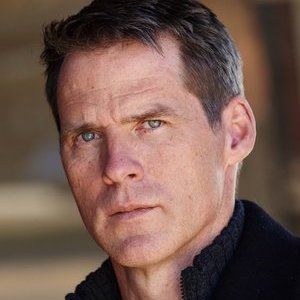 'Farscape' is not what you call hard science fiction

The nice thing about 'Farscape' is that you got to be the good guy and still do the bad guy things.

Browder is a one-woman man and has only married once in his life until now. There is no any other relationship that he is been into as per the information we have about him till now. He married beautiful English actress Francesca Buller, whom he met while studying at the Central School of Speech and Drama in London.

They even worked together in his career breakthrough TV series ‘Farscape’. Even though there are lots of rumors surrounding Ben being gay, he has replied to those people with his strong and happy married life with his wife. They have two children together.

Who is Ben Browder?

He is widely known by the audience for his portrayal of the character of John Crichton who is an astronaut in an Australian-American science fiction television series ‘Farscape’.

Other famous role played by him is the character of Cameron Mitchell in an adventure and military science fiction television series ‘Stargate SG-1’.

Ben was born to parents who were involved in car racing industry as their profession. They were race car owners and operators. Even though he was born in Memphis, Tennessee, he grew up in Charlotte, North Carolina. Regardless of his parents involved in race car field, he didn’t any keen interest towards it.

As part of his education, he graduated with a degree in psychology from Furman University in Greenville, South Carolina. He had some interest in the sport like football growing up and was a star player on the Furman football team. Ben studied acting and drama from Central School of Speech and Drama in London.

Ben started his acting career in films with a role like Gates in ‘Duncan’s World’ at the age of 16 but wasn’t seen in any film until 1990. He played Rookie Captain in ‘Memphis Belle’ in 1990. He starred in TV series ‘Party of Five’ where he played the role of Sam Brady for 10 episodes in 1996 and 1997. It was late 90’s when he was cast as John Crichton, an astronaut in ‘Farscape’.

This gave him wide popularity among the audiences. His performance was so flawless that he even won the Saturn Award for Best Actor in 2004. His also played the character of Lt. Colonel Cameron Mitchell in military sci-fi TV series ‘Stargate SG-1’ where he was again nominated for Saturn awards.

There is no any information regarding his salary and net worth known publicly.

Ben is surrounded by rumor regarding his sexuality considering him to be a gay. But the talented and calm actor has countered it and has shown them that he is a married person and a father of two.

He has the height of 6 feet 1 inches tall and weighs 77 kg. He has blue eye color and brown hair color. He has dress size and shoe size are unknown.