Ben Bruce is a married man. He began dating Ciara Bruce after he met in Warped Tour in June 2015. After dating for two years, the couple tied the knot on June 9, 2017. Their first daughter, Fae, was born before their marriage on 10 September 2016. After that, they were blessed with their second child, son Fynn, on October 16, 2017.

Previously, he was married to Samantha Cassaro in 2013 but it didn’t work for him and eventually ended up in divorce in 2015. However, the actual reason for split up is unknown. 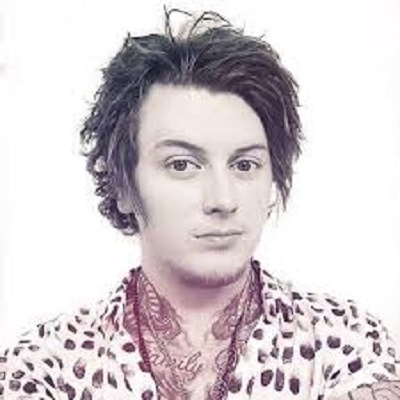 In a world tainted by hate and negativity, stand out, shine bright and always be proud of who you are.

Who is Ben Bruce?

Ben Bruce is an English musician, solo artist, fashion designer, and actor who is best known for being the lead guitarist and backing vocalist of metalcore band Asking Alexandria.

He was born on the 31st of October 1988, in Wandsworth, London, England, United Kingdom. Ben had spent most of his childhood and pre-teen years in Dubai as his family moved there when she was just six years old. He used to listen to a lot of music, and at some point, he decided to pursue a music career. He took electric guitar lessons at age 12.

He created a band called Asking Alexandria while he was in Dubai with some of his friends in 2006. They released their debut album titled The Irony of Your Perfection, but it didn’t get the reception they expected. However, the band parted ways and he moved back to England to pursue music.

After that, Ben again formed a new band under the same name and released their first debut studio album, Stand Up and Scream, in 2009.

Danny Worsnop is the lead singer of the group while he is the lead guitarist and songwriter. Other members of the band are guitarist Cameron Liddell, drummer James Cassells, and bassist Sam Bettley.

They released the record on the American record label Sumerian Records, which entered the US Top Heatseekers music chart at number four and debuted at number 29 on the Us Top Independent Albums chart.

KBB Records has collaborated with bands such as Scare Don’t Fear, The Family Ruin, Run 2 Cover, and A Fall To Break.

Apart from his acting career, he made his acting debut in the supernatural musical thriller film, American Satan. playing the role of Leo Donovan in 2017.

He has a height of 6 ft. 1 inch and weighs 84 kg. Also, Ben has light brown eyes and light brown curly hair.