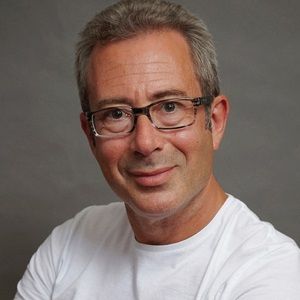 I found a fan's internet site on me in which he got almost everything wrong, including I'd changed my name. I was born Benjamin Elton. My father's family were German Jews who adopted British nationality after the War and my uncle, who served in the British Army, changed his name, under Army instructions, from the Jewish Eronberg to Elton because he wanted the same initials. My father said, "Bugger it, I want to be an Elton too", and changed from Ludwig Eronberg to Lewis Elton. That's the story, not something you pick up on a fan site that comes with so-called "fame".

I can do without the Labour Party trying to strut its funky stuff. I didn't vote Labour because they've heard of Oasis.

"The problem really with politics is apathy I think, particularly the Labour Party. I mean I'm a member and I can't even be arsed to leave!" (Speaking in 2005)

I once was lucky enough to meet a young lady by the name of Helen Stone who said to me "you are a bloke who don't look like a bloke. saying words which don't sound like they're funny..." that made me laugh a lot.

The couple has been blessed with three children among which two are twins named Lottie and Bert while another one is Fred. Currently, he settles along with his wife and children together in Fremantle since 2009.

However, he would like to return to London after his children have finished school.

Who is Ben Elton?

Ben Elton is a popular  English comedian, actor, author, playwright, and director. He was the writer of the series such as The Young Ones, Blackadder and was a part of London’s alternative comedy movement of the 1980s. He has published 15 novels and written the musicals We Will Rock You, Love Never Dies and the sequel to The Phantom of the Opera.

The Comedian was born on 3 May 1959 in University College Hospital in London, England, the UK to his parents Mary (née Foster) and Lewis Elton.

His mother is from Cheshire and is an English teacher while his father is an educational researcher Professor and physicist.

On talking about his childhood, he was raised as an atheist in Catford, south London, before migrating to Guildford, Surrey along with his family in 1968.

In discussing his educational background, he attended Stillness Junior School and then joined Godalming Grammar School located in Surrey.

First, he appeared in television on the BBC1 youth and music programme entitled The Oxford Road Show with a stand-up performance. He then appeared on the television sitcom called The Young Ones as co-writer. There he also participated occasionally. Other, he wrote and performed in Granada Television’s sketch show entitled Alfresco in 1983/84.

Moreover, he produced his first solo script in 1985 with his comedy-drama series Happy Families for the BBC. Similarly, a writer headlined the first episode of Dave’s One Night Stand on 10 October 2010. Besides, he appeared on a live one-hour variety show, Ben Elton Live From Planet Earth debuted on the Nine Network on 8 February 2011 in Australia.

In addition, he had written and produced several TV Shows and sitcoms. Some of them are  The Thin Blue Line,  Blessed,  The Wright Way (2012), Upstart Crow (2016), and so others. Also, he appeared for BBC Radio 2 in a sitcom based with Adrian Edmondson on the song entitled “Teenage Kicks”.

In discussing his lifetime achievements and awards, at the Rose d’Or festival, he received an Honorary Rose for lifetime achievement. Also, in recognition of his work with students, he had become a Companion of the Liverpool Institute for Performing Arts.

Another, He received 3 BAFTAs for Best Comedy Series for Blackadder the Third, The Young Ones, and Blackadder Goes Forth. Besides, he won an Olivier Award for We Will Rock You and Popcorn while awarded the Best Musical for The Beautiful Game at the Critics Circle Awards.

For once, the public had criticised him for writing a musical with Andrew Lloyd Webber, a Conservative Party supporter. However, he disagreed being anti-establishment.

He earns a huge amount of salary from his career but currently has not mentioned to the public while he has an estimated net worth of $3 million that he receives from his profession.

In discussing his body measurement, he stands 5ft 7inches tall. His weight is currently unknown. He possesses light brown eyes and white/black hair.

Do not forget to read the career, birth facts, family, relationship, rumors, and the bio of an actor and director, Tomas Alfredson.