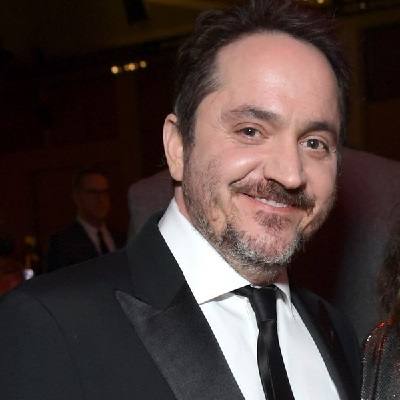 We're not very far removed from having to take any job that we can find, to get a job, because you want to be working. Someone sends you a script for the craziest idea ever-it could be about, like, the Abominable Snow-Woman-and you could be like, 'I don't know, maybe we should consider it?'

Ben Falcone is happily married to Melissa McCarthy. His wife, Melissa is an actress by profession.

Who is Ben Falcone?

Ben Falcone is an actor, director, and producer. He is renowned as Keith Morgan of Tammy, Will of Enough Said, and Marty of The Boss.

His upcoming movie, Superintelligence is completed and waiting for its’ release date. Also, his movie, Thunder Force is in the stage of post-production.

He is the only son of his parents; Peg and Steve Falcone. His father, Steve is a mixed (Italian, British, Germanic, Irish) ethnicity also his mother, Peg is of Germanic ancestry.

Ben Falcone stepped into the entertainment industry as an actor with the movie, Rennie’s Landing in character roles as Bank Teller. Following that, he appeared in the TV series like Curb Your Enthusiasm, Yes, Dear, According to Jim, and Gilmore Girls in some minor roles.

Also, he started making his appearance in the movies. Some of his movies along with the year and the character name are-

After a successful career as an actor, he started exploring his career as a writer and producer. As a producer, he debuted with the TV short, Untitled Larry Dorf as a supervising producer.

In 2014, he directed and produced the movie, Tammy. For his direction, he earned the Directors to Watch award in the Palm Springs International Film Festival. Also, he happens to be a writer of the movie.

After that, he produced the movie, Amy’s Brother, The Boss, and Life of the Party. In 2017, he produced his first series, Nobodies. As of now, he is busy in his upcoming movie projects which are in the stage of post-production.

His net worth includes a newly constructed home in LA’s suburb that worth $2.4 million of Valley Village. Also, he sold his previous home in Los Feliz, California for $3.5 million.

Talking about net worth, his wife, Melissa has an estimated net worth of $90 million.

Ben Falcone has brown eyes with brunette hair. His height is 5 feet 6 inches and weighs around 67 kg.

Talking about his appearance, he has a charming persona with an oval-shaped facial structure. He prefers to have slightly grown facial hair.