Ben Folds is a singer-songwriter, composer, record producer, and musician. He is currently single.

Previously, Ben is in a relationship with Fleur Stanbrook from 2007 to 2011.

prior to that, he married actress and writer, Frally Hynes, on May 20, 1999. Together, they have two children, Gracie and Louis Folds. 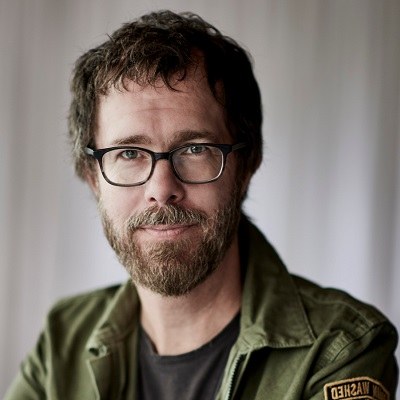 Who is Ben Folds?

Ben Folds is a singer-songwriter, composer, record producer, and musician.

He is also the pianist of the rock music band Ben Folds Five, which includes the other two members, Robert Sledge and Darren Jessee.

His father was a carpenter and his brother, Chuck Folds is a pianist.

At the age of nine, he learned piano and showed his interest to play it. He listened to various songs forms of different artists such as Elton and Billy Joel on the radio.

Ben joined Richard J Reynolds High School, where he used to play with several bands as a drummer, pianist, or bassist.

He got a scholarship and studied at the University of Miami’s Frost School of Music. Later, dropped out without completing the course.

In 1980, Ben Folds formed the band Majosha with Millard Powers. Together, they won the battle of the band competition held at Duke University.

They also performed in various events and venues. Collaborated with his band, Majosha, they released their first EP, Party Night: Five Songs About Jesus. Later this EP was re-recorded and included in the album, Shut Up and Listen to Majosha in 1989. However, they split up and he left this band.

Then he worked with a new band called Pots and Pans.

In 1997, they released the second album, Whatever and Ever Amen, which reached the top 9 spots in the country. This album includes many solo songs like Song for the Dumped, Battle of Who Could Care Less, and Brick. the song Brick is also their most famous song.

This band launched their third album, The Unauthorized Biography of Reinhold Messner. After this album, they split and continue their journey on their own.

Finally, in 2008 they rejoin and performed for the charity Operation Smile. Later in 2011, they record their fourth studio album, The Sound of the Life of the Mind.

The singer average salary in the United States is around $41 k US.

The songwriter’s average salary is around $43 k US a year.

Ben has brown hair and eyes. His height is 5 feet 10 inches and his weight is 65 kg.

He is most active on Twitter and has 826 k followers on it. He joined Twitter in May 2009.

Besides, Ben has 52 k people are connected to his myspace account.