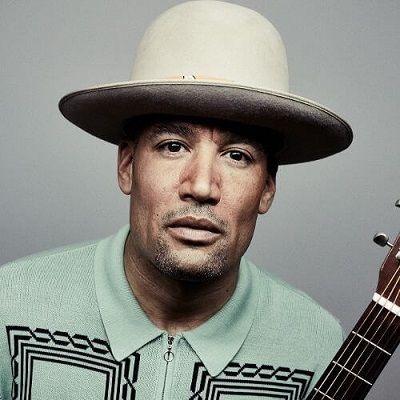 I think EPs are the future of rock'n'roll. It makes you fine-tune and hone down your craft. Five songs for five bucks to me is the new math. I think people would be more willing and excited to spend five bucks, and a lot of people don't make ten grand songs. Five will really give you a chance to shine brighter. And maybe I'll do five twice a year.

Ben Harper is happily married to Jaclyn Matfus. Jaclyn is an actress and producer, she is also a social advocate. They married on January 1, 2015. They have a son named Besso Harper(born June 2017).

Previously, he was married to Laura Dern, they met at one of his concerts in 2000. Laura is an American actress, producer, director and activist.

Before that, he was married to Joanna. They have two children together, son Charles and daughter Harris. They married in 1996. They separated in 2000 and divorced in 2001.

Who is Ben Harper?

Ben Harper is a three-time Grammy Award-winning American singer and songwriter. Ben is known for his instrumental skills and vocals.

Ben Harper was born Benjamin Chase Harper on October 28, 1969, in Pomona, California, US. His father Leonard Harper was a percussionist and his mother Ellen Chase-Verdries was a singer and guitarist. They divorced when he was just five years old.

He was raised with his brothers, Joel and Peter, by his mother’s family. He attended Claremont High School, Pomona Valley, Claremont, California, US.

Ben started playing in his first gig at the age of twelve. He played the slide guitar and mimicked the style of Robert Johnson, then switched to the Weissenborn slide guitar.

He was offered an invitation from the Grammy-winning blues musician, Taj Mahal, to tour Hawaii. In 1990, together, they recorded an album called ‘Follow the Drinking Gourd’.

In 1994, Virgin Records released his debut album, ‘Welcome to the Cruel World’.

In 2004, he participated in the ‘Vote for Change’ Concert tour to encourage people in the crucial swing states to vote during the presidential elections of 2004.

In 2010, he formed a band named ‘Fistful of Mercy’ which consisted of singers such as Dhani Harrison and Joseph Arthur and released their debut record, ‘As I call You down’.

At the 40th Blues Music Awards ceremony, his joint composition with Charlie Musselwhite, “No Mercy in this Land”, was titled as ‘Song of the year’.

He is fond of skateboarding, he also owns a warehouse for his personal skateboarding. He co-owns the skateboarding brand roller Horror. On ‘The Nine Club’, hosted by Chris Roberts, he reveals that he went to school and started skateboarding with Chris Miller in Pomona, California.

He is also involved in charity works and supports Little Kids Rock, a nonprofit organization that helps in the restoration of music education in disadvantaged US public schools.

In 2005, he was awarded the Grammy Awards in two categories, the ‘Best Pop Instrumental Performance’, and the ‘Best Traditional Soul Gospel Album’.

In 2014, he was awarded the Grammy Awards for Best Blues Album.

Ben’s marriage to Laura was said to be of the confusing type. His album ‘Call it what it is’ was considered to have controversial material. It dealt with issues of race and police brutality.