Posted by MarriedBiography Posted on August 14, 2019 | In Dating , Relationship
Share this 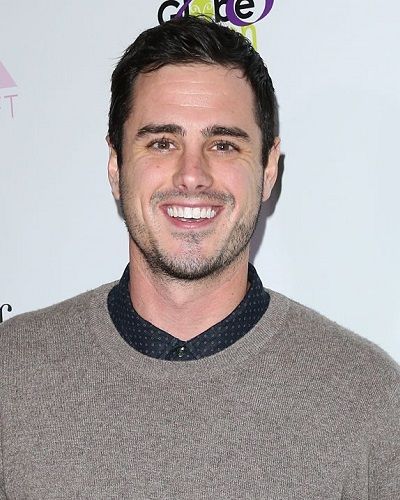 The Bachelorette star Ben Higgins is dating Jess Clarke. He defended his girlfriend after the social media criticized her age. He wrote on Instagram,

“‘Come on @jessclarke_ let’s run got a wedding to get to!’ That sure was something else… #whenjaredmetashley,”

After that one of the social media users wrote in the comment section,

Ben did not stay quiet on that remark and wrote back,

Similarly, they made their relationship official on Instagram in February. He captioned the photo,

“I successfully slid into her Dm’s a few months ago,”

“I took a risk and I am glad I did. She is someone special, and I look forward to where life is going to take us. Stay tuned for the journey.”

The Bachelor Nation’s most eligible bachelor is off the market. The fans were devastated when Ben Higgins and Lauren Bushnell announced about their engagement falling apart in May 2017.

They fell in love with each other on The Bachelor in 2016. After falling in love, they moved in quickly together. People were expecting them to get married.

Lauren moved on quickly after dating Devin Antin for a year and she also dated the country singer Chris Lane. ben is one of the most loved Bachelor. He said on the January 15 episode,

Ben did not reveal who was his new girlfriend after his break up with Lauren. His ex-girlfriend Lauren is engaged to Chris Lane. After that, Ben hoped that her engagement closes the chapter in their lives. He was thrilled when he came to find out that his ex-fiance found the man of her dreams.

Jay Leno has a huge collection of 286 classic vehicles! He is all praise for Tesla!
Tags : Business analyst software salesman TV Personality