Ben Jorgensen is a musician, guitarist, singer, and songwriter. He is married.

Ben Jorgensen is a married man. He has been married to Katrina Bowden since 19 May 2013. He proposed his girlfriend at the Four Seasons Hotel on January 28, 2012.

The couple has not welcomed any children yet. There is no sign of divorce between them and they are spending quality time with each other. 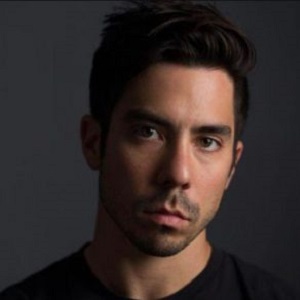 “Your problems don't go away so easily. If you die and go to heaven, that doesn't necessarily make you happier.”

Who is Ben Jorgensen?

Ben Jorgensen is an American musician, guitarist, singer, and songwriter. He is best known as the lead singer and guitarist of the rock band Armor for Sleep.

He was born on July 4, 1983, in Teaneck, New Jersey, USA. He is currently 38 years old. Ben is of German, Danish, and Japanese descent. His genres include Emo and pop punk and his labels are Equal Vision and Sire. Ben has not provided information about his parents and siblings.

His hobbies include singing, surfing, and writing. Ben holds American citizenship and his ethnicity is unknown.

He worked as a drummer for punk band Random Task in his early career. In 2001, he formed a band and named it as Armor for Sleep. He wrote the first songs during his college time and recorded as a demo CD for $100 at a local recording studio and played all the instrument himself. He included those songs in Armor For Sleep’s debut album, ‘Dream to Make Believe’ which was released in 2003 on Equal Vision Records.

The band got disbanded in 2009 and he began an electronic project with Sierra Shardae called God Loves a Challenge. He recorded his solo debut ‘There Is Nowhere Left to Go’ at Treehouse Studios in New Jersey and released in 2010 via digital download.

Also, he made a cameo appearance in Fall Out Boy’s ‘Dance Dance’ in 2005 and in Cobra Starship’s video for ‘The City Is at War’ in 2007 as a policeman playing alongside Pete Wentz.

As of 2022, she has an estimated net worth of around $2 million which he earned from his professional career.

There was a rumor about his marriage with his girlfriend, Katrina Bowden, and the rumor ended after they officially married.