Actor Ben Masters is low-key about his love affair. 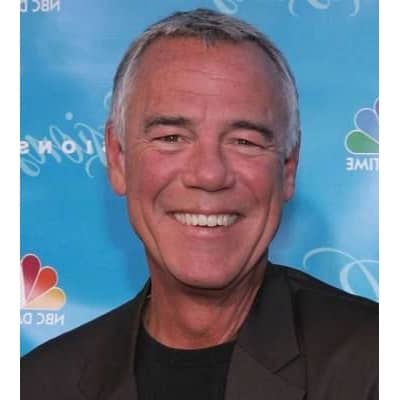 What is the relationship of Ben Masters?

Ben Masters hasn’t yet shared his personal life details in the media. So, there are no details available regarding his private life whether he is single or married.

Who is Ben Masters?

Ben Masters is an American renowned actor. He is best known for playing the character of Julian Crane in the daytime drama, Passions from 1999 to 2008.

Ben was born in Corvallis, Oregon, the United States on May 6, 1947. His full name is Benjamin Masters. Ben holds an American nationality and belongs to the Caucasian ethnicity.

He has never shared his family details in the media so, the identity of his parents and siblings is under the curtain.

Taking about his academics, he attended the Corvallis High School. Then, he graduated from the University of Oregon and received his bachelor’s degree in theater.

After graduation, Ben moved to New York to pursue his acting career. He landed his first role in the off-Broadway play The Boys in the Band. He played for thirteen months in Kevin Wade’s ‘Key Exchange’ off-Broadway.

Similarly, he played in G. Bernard Shaw’s ‘Captain Brassbound’s Conversion’ along with Ingrid Bergman. In 1975, Ben made his on-screen debut through the film, Mandingo where he portrayed the role of Charles.

Afterward, he appeared on the NBC television program, Muggsy where he was cast in the role of Nich, the older brother of the titular character from 1976 to 1977. In 1979, she starred in a musical drama film, All That Jazz where he portrayed the role of Dr. Garry.

From 1999 to 2008, Masters made an appearance on the NBC soap opera, Passions where he portrayed the role of Julian Crane for up to 749 episodes.

Throughout his career, Masters has not been part of any sorts of rumors and disputes that create headlines in the media.

Also, he stays miles away from such controversial acts and scandals that hamper his personal and professional life.

Masters might have earned a fair amount of fortune throughout his acting career. However, he hasn’t yet revealed his actual figure of net worth, salary, and real estate in the media.

Further, his other body measurement is not available including his height and weight.

It seems Ben prefers to keep a low profile so, he is not available on any kind of social media site including Facebook, Twitter, and Instagram.

Does your partner have ‘Dark Traid’ personality?