Ben Robert Moody is an American musician, singer, songwriter, and record producer. Ben Moody is not having an affair with anyone presently.

As of 2021, Ben is not dating anyone. He is currently single. 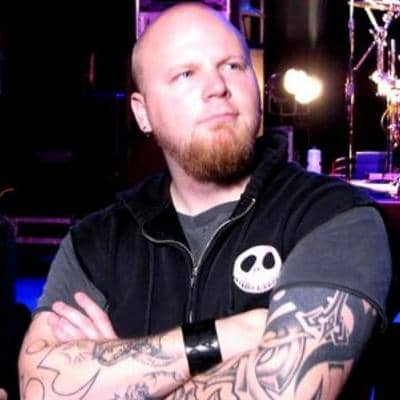 Who is Ben Moody?

Ben Moody was born on January 22, 1981, in Little Rock, Arkansas. There is no information about Ben’s parents, siblings, and educational background.

Ben is an American musician. He is the co-founder of the rock band, Evanescence. He met Amy Lee in 1994 while at a youth camp. The two eventually became friends and soon they started began playing music at local shops in Little Rock.

Amy and Ben formed Evanescence in 1995. Within a few years, the pair started selling EPs at local shows. Wind-up Records eventually discovered them and they released their major-label debut album, Fallen, in 2003.

Ben left the Evanescence in 2003 during their European tour, citing “creative differences”. Beginning in 2004, he started collaborating with a variety of artists.

The same year, he co-wrote the track “Nobody’s Home” for Avril Lavigne’s second album, Under My Skin. He also wrote and recorded the track “The End Has Come” with Jason C. Miller and Jason Jones.

Ben has collaborated with artists like Anastacia, Bo Bice, Kelly Clarkson, and Hana Pestle. He also assisted Lindsay Lohan on her album A Little More Personal (Raw). In 2007, he worked with Celine Dion on her album Taking Chances and began work for his own album as well.

In December 2008, Ben released the Mutiny Bootleg E.P. and announced that his solo album would be released in 2009. He released his debut solo album entitled All for This on June 9, 2009.

Shortly after the release of All for This, Ben announced his new band, We Are the Fallen. Their debut album, Tear The World Down was released in May 2010.

He released his second album, You Can’t Regret What You Don’t Remember on November 11, 2011.

Ben has also worked as an actor. He works with his television and film production company, Makeshift Films. He has made cameos in movies such as Resident Evil: Apocalypse, Lionsgate film, Dead and Gone.

According to various sources, Ben has an estimated net worth of $10 million as of 2022. His primary source of income is music.

Ben is 6feet 3inches tall and weighs around 70kg. His shoe size is 8 UK. He is bald, has a beard, and has blue eyes.

Ben is not active on social media. He likes to keep his life private so, he is not available on the social media platform.