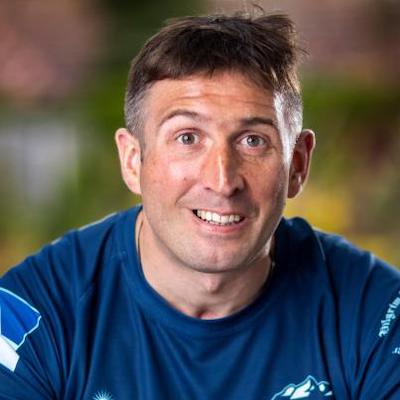 They risked their lives to save my life. If I was just a bum who sat down and did nothing, what would be the point? I decided to live well for them.

Ben Parkinson’s relationship status is possibly single. He has not shared the details of his girlfriend or affair.

Who is Ben Parkinson?

Ben Parkinson is a British former army and a war hero. He is known for being the most injured soldier who fought and survived the Afghan war in 2006.

In 2013, Ben was honored Member of the Order of the British Empire (MBE) at Buckingham Palace for his charity work.

In addition, he is also a writer and has published his first book in 2021 titled, Losing the Battle, Winning the War: How We Can All Defy the Odds We’re Given.

He was born in 1984 in the United Kingdom but his full birthdate is unknown. The name of his mother is Diane Dernie but his father’s name is unknown to the public.

Ben’s ancestry is English and about his academics, the details are unknown.

Ben Parkinson as a British army went to fight in Afghanistan in 2006. But the war almost cost him his life. While he was driving a land rover in Helmand, it was attacked and was blown up.

This blast led Ben to lose both legs plus he got other 37 injuries including brain damage. As per the doctors, it was impossible to rescue him and they assumed that he might have to use a keyboard and voice synthesizer to talk.

However, Ben asked a medical professional to do the surgery even he has to risk his life. Fortunately, the operation was a success and the veteran lived. Losing his leg did not fade his hope and willpower, as he is active in several activities.

In 2012, he carried the Olympic torch for almost half an hour and inspired many people. Also, he did skydiving and participated in a 1ooo mile cycle ride to raise funds.

The program was organized to support Pilgrim Bandits which is a charity for injured servicemen.

At present, this soldier has accumulated an estimated net worth of around $10 thousand. As per the sources, the average salary of the British army is around £15,008 per year.

Ben is keeping himself away from rumors plus scandals at present.

Regarding Ben Parkinson’s body features, his height and his body weight are average. He has grey eyes and brown hair with a medium skin complexion.