Ben Prendergast is an actor, director, and producer from Australia. He is best known for providing his voice to the character "General Hux" in Star Wars Resistance. He is married and father of three.

Ben Prendergast is a married man and father of three. He is living a blissful conjugal life with Ngaire Dawn Fair. Ngaire is an actress and filmmaker.

The duo tied the wedding knot on July 23, 2020. The beautiful couple has a child named Yoko Maesa Prendergast-Fair. 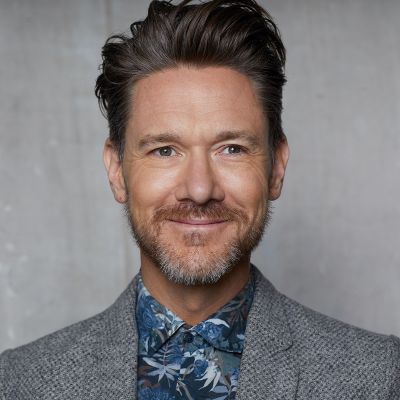 Who is Ben Prendergast?

Ben Prendergast is an actor, director, and producer from Australia. He is best known for providing his voice to the character “General Hux” in Star Wars Resistance.

Ben hasn’t yet disclosed his birth date in the media. He hails from Australia however he now resides in California.

His parents, siblings, and academic background are also under the curtains at the moment.

Further, he holds an Australian nationality whereas his ethnicity is Caucasian.

Ben started his career as a theatre artist in The Distance for Melbourne Theatre Company, The Flick for Queensland Theatre Company, The One for 45 Downstairs, Dreamsong for Theatreworks, and more. He is an ensemble member of the Red Stitch Actors Theatre. Similarly, he made his first TV appearance in the first episode, “The Cold Divide” of volume 1 of Spacesock’s The Sojourn.

He appeared in several films and tv series such as Preacher, Predestination, Frontier, Offspring, Doctor Blake, Miss Fisher Murder Mysteries, and more. In 2019, he gave his voice to the character First Order General Armitage Hux in the animated series Star Wars: Resistance. He also provided his voice to the character Fuse in the 2021 first-person battle royale game Apex Legends. Furthermore, he has produced two shorts, PAM and Message from the CEO.

Ben made his directorial debut through the short, Mylk in 2020.

He was awarded the Green-Room Award for Best Actor for his portrayal of Alex in Simon Stephen’s Sea Wall in 2016.

Ben has managed to maintain a clean profile. He hasn’t been part of any sorts of rumors and controversy that create a huge buzz in the media.

Ben might have accumulated an impressive amount of fortune throughout his acting career. As of 2022, he hasn’t revealed his exact net worth, salary, and other earnings in the media.

The actor has a towering height. He stands at the height of 6 feet with an average weight. He has a brown pair of eyes and as well brown hair color.

The actor has a verified Instagram account under the username @benjipea where he has more than 9.9k followers. Similarly, he has over 22.6k followers on Twitter.