Ben Shephard is an English television presenter, journalist. Ben is married and a father of two. 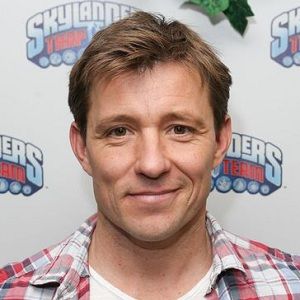 [on working on breakfast television] One minute you'd be interviewing Madonna, the next it would be the Prime Minister, then someone who'd walked across the country and raised thousands for charity. And there is a real intimacy about that kind of broadcasting. Often you are the first person people will see in the morning.

[on the difference between working on GMTV (1993) and Tipping Point (2012)] Live TV is the most exciting thing in the world to do, whether it's football, or on something like GMTV as anything can happen at any time. So you are always waiting for disaster to strike, although 80% of the time it doesn't happen. This is a very different situation as I have four contestants all trying to do the best they can and I want them to be comfortable and we want to create the best programme we can. So it's a very different skill but just as enjoyable.

Ben Shephard is a married man. He is married to Annie Perks. Her wife is a marketing executive. The couple got married on March 25, 2004.

They have two children, Sam Shephard, and Jack Shephard. The couple lives in their London residence and is happily married.

They met when in Birmingham University while studying together.

Who is Ben Shephard?

Ben Shephard is a TV presenter and journalist from Epping, Essex, England. He is well known as the main presenter of the GMTV breakfast program. He currently works for ITV and Sky Sports.

His father worked as an accountant and his mom was a nurse. He has an elder brother, Toby who works in a pharmaceutical company. Also, he has a sister working as a marketer.

Then he attended the University of Birmingham and graduated in Dance, Drama, and Theatre Arts. Shephard loved soccer and rugby during his University period and played at Woodford Rugby Football Club.

Shephard started his career in 1998 with Channel 4. He started as a host for the spin-off show called The Bigger Breakfast. In the same year, he also got the opportunity to host other shows like T4’s and Control Freaks for Channel 4.

Ben joined ITV in 2004 as a host of The X Factor. He hosted the talent show for three consecutive years. Ever since he has presented numerous shows including This Morning, This Morning Summer, Eamonn Holmes, Soapstar Superstar, Dancing on Ice Exclusive which aired on ITV.

He also works for Sky Sports since 2010 and co-presents Goals on Sunday with Chris Kamara.

Ben has an estimated net worth of 5 million dollars whilst his salary per month is around $150,000.

Ben Shephard is not engaged in any rumors or controversy to this date. He is a private person so does not get involved in any type of scandal.

Ben is 5 feet and 9.5 inches tall and weighs 82 kg. He has an athletic body build. The color of his hair is light brown. His eye color is brown. Other details like chest, biceps, etc. are unknown.