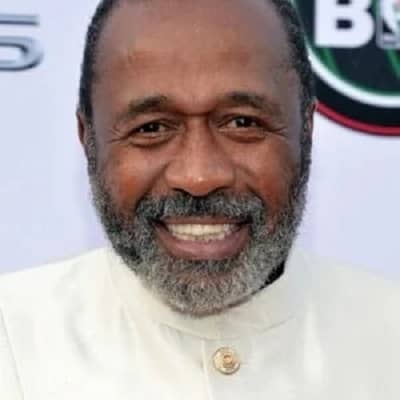 I love sharing my story. It's endlessly healing

I go to my grandchildren. They keep their grandpa informed on what's going on.

Who is Ben Vereen wife?

Ben Vereen is single now but has been married twice.

Ben Vereen and Andrea Townsley married in 1966. Unfortunately, after 8 years the couple got divorced in 1974. After 2 years of gap, Ben married Nancy Bruner in 1976. The couple split up in 2012.

Who is Ben Vereen?

Golden Globe Award nominee Ben Vereen is an American actor, singer, and dancer. Ben is the winner of the Tony Award for Best Actor in Musical.

In 2021, he was seen in the role of Peter Morgan in B positive Television sitcom.

Ben was born on October 10th, 1946 in Laurinburg, North Carolina. While he was an infant his family moved into the Bedford-Stuyvesant, New work city. His full name is Benjamin Augustus Vereen.

Ben reunion to his own family

When Ben was 25 years old, he joined Sammy Davis Jr on a tour of ‘Golden Boy’ to London. While he was applying for a passport he found that he was adopted.

In 2016, the actor went to Scotland country with a genealogist on a search for his own family members and known that his mother’s name was Essie May Pearson.

At the age of 14, Ben was enrolled in the high school of performing Art and studied under choreographers Martha Graham, George Balanchine, and Jerome Robbins.

Since childhood, Ben Vereen is interested in acting. From minor years, he showed an innate talent for drama, Dance Company and usually performed in local variety shows.

At the age of 18 years old, he performed in Off-Off-Broadway New York Stage under the direction of Stella Holt. The following year, he was in Las Vegas, performing a show in Bob Fosse’s production of sweet charity.

In the same year, he returned back to New York City and plays a Claude in Hair Board Production, National production.

In 1969 he was debuted in the Sweet Charity movie. He played the role of Carlos in a Gas-s-comedy drama film in 1970. In 1982 he made a documentary of himself cycling through china.

Ben played the role of Richard Barrett in the 2003 American romantic film Why Do Fools Fall in Love. He also featured in ‘The Exonerated’ as a performer in 2003.

From 2017-to 2018 he played the role of Porter in the Sneaky Pete crime drama. On 9th April 2019 Veeran receive the title of an honorary member of the Phi Beta Sigma fraternity.

In 2021, he was seen in the movie The Good Fight in the role of Frederick Douglas.

In the same year of 1973, the actor had won two awards the Drama Desk Award for Outstanding performance and Tony Award for Best Actor in a Musical.

In 1976, he was the nominee for the Golden Globe Award for  New Star of the Year-Actor. He was nominated as an Outstanding Supporting Actor in a Miniseries for the Primetime Emmy Award in 1992.

In 2018, there was a controversy that many actresses came forward with sexual misconduct against the actor Veeran during the production of Hair at the Venice Theatre in Florida in 2015. The actresses detailed the allegation to the New York Daily News.

Vereen later issued a statement on Twitter regarding he would like to apologize to the female cast members of the musical Hair production for his inappropriate behavior.

The actor stands at the height of 5 feet 8 inches with a 74 kg weight. He has black hair color.

His eye color is dark brown and wears shoes of size 9. There isn’t much information about his body measurement.

The actor has a net worth of $5 million but he hasn’t revealed any information about his income and salary.

Likewise, he has over 23.5k followers on Twitter, and Tiktok also but he doesn’t seem very much active on YouTube.