Ben Whishaw has been in a serious relationship with an Australian composer Mark Bradshaw since August 2012. All of his social media account’s photos, profiles, and post gives their sweet and romantic relationship bonding of a decade-long relationship.

In the past, many of his fans had asked if he is gay. To these questions, he had said several times,

“As an actor you have total rights to privacy and mystery, whatever your sexuality, whatever you do. I don’t see why that has to be something you discuss openly because you do something in the public eye. I have no understanding of why we turn actors into celebrities.”

Anyway, in 2014, he publicly discussed his coming out as gay, saying it was a tense experience for him but “everyone was surprisingly lovely”. 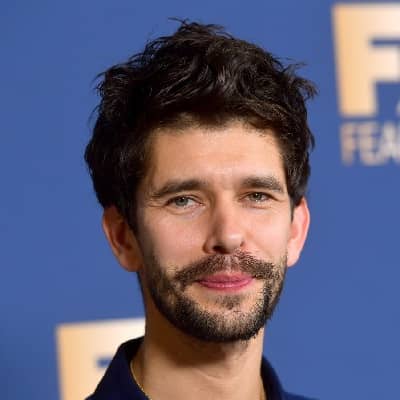 Who is Ben Whishaw?

Ben Whishaw is an English producer and actor known for his roles as Ben Coulter in ‘Criminal Justice’ in 2008 for which he won the International Emmy Awards.

Furthermore, he has played Freddie Lyon and Norman Scott in the films, The Hour and A Very English Scandal respectively.

His father, Jose Whinsaw is a sports counselor, and his mother Linda is a cosmetic worker. Similarly, his mother is of English ancestry, while his father is of French, German, and Russian descent.

He grew up in Langford with his twin brother, James Whinsaw. Moreover, his paternal grandfather was a British spy in the German army during World War II.

He holds an English Nationality. He is of mixed (English, French, German, and Russian) descent. Furthermore, he went to Henlow Middle School and later attended Samuel Whitbread Community College in Clifton for his further education.

Also, he was a member of the Bancroft Players Youth Theatre, at Hitchin’s Queen Mother Theatre. Ben graduated from the Royal Academy of Dramatic Art in the year 2003.

After completing his college studies, he started his acting career in a British war film, The Trench. His play as a Peter Llewelyn Davies in Peter and Alice at the Noël Coward Theatre was well appreciated by the people.

Ben played various roles in TV series making his debut as Ryan in Black Cab (2000), followed by Other People’s Children in 2005.

However, his career in big screen flying starts with his role as Ben Coulter in the drama series Criminal Justice in 2008.

Later he has done a wide range of films including Ready When You Are Mr. McGill, Perfume: The Story of a Murderer, The Tempest, The Zero Theorem, In the Heart of the Sea, and The Personal History of David Copperfield among others.

He has also done various television series like The Hour, Richard II, London Spy, A Very English Scandal, and Frago among the others.

His theatre performance includes His Dark Materials, Leaves of Glass, Peter and Alice, Norma Jeane Baker of Troy etcetera. His recent played mentions are No Time To Die, Women Talking, and This Is Going To Hurt.

Whishaw has won a lot of prestigious awards throughout his work in television and films. Some of his distinguished awards include Emmy Awards, BAFTA Awards, Golden Globe Awards, British Independent Film Awards, and Independent Spirit Awards.

In his illustrious career, he has collected a decent amount of money from his work and his net worth is around $2M however his salary is yet to be confirmed.

To date, Ben has been able to maintain a clean profile.

Whishaw stands at a height of 5 feet 9 inches and weighs around 68 kilograms. Likewise, he has light brown hair and brown eyes. However, there is information on his other body measurements.