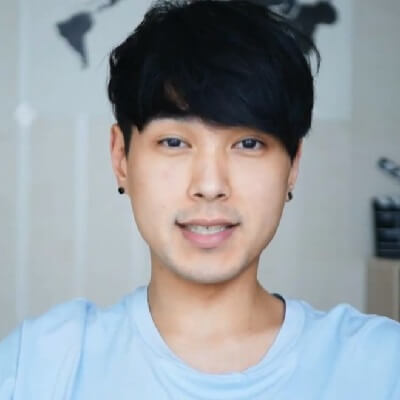 BenDeen currently seems to be single. He has deleted many of his posts and has just 5 posts on Instagram for some reason. He wants to stay private and focus on his career.

Previously, he was in a relationship with Korean Youtuber, SJ ST. She used to feature on his social media posts but seems like the couple has now broken up as they have deleted all posts relating to each other.

BenDeen is a Korean-American YouTuber. His self-titled Youtube channel features videos including Mukbangs, vlogs, taste tests, challenges, and more, and has gained over 745k subscribers.

BenDeen was born on June 20, 1990, in Seoul, South Korea. As of 2020, his age is 30. However, other than this, there is very little information about his childhood and early life. He has admitted that he is adopted. However, he has not revealed anything about his family background including the names of his parents and siblings.

BenDeen joined Youtube on December 31, 2008, and started uploading Mukbang videos for which he started gaining prominence in 2018. Since then, he gained a lot of views for his sense of humor and interesting content including vlogs, taste tests, and other challenges.

With his chill vibe and awesome mukbang videos, people started loving him and his subscribers count kept increasing.

As an April Fools’ joke on his viewers, he made a hilarious “water mukbang” video fow which the viewers praised him for being able to make a whole 10-minute video of himself talking about and drinking water without laughing. So far, ten of his videos have gained over a million views among which two of his most popular videos have gained more than 2 and 3 million views each.

As of July 2020, his videos have gained over 57 million views in total and his subscribers’ count has crossed 745k.

Ben has black hair and a pair of dark brown eyes. He has not revealed his height and weight.

As of 2020, BenDeen has an estimated net worth of around $300k. His primary source of income is Youtube and although there is no exact information about his salary, he earns an estimated $20k a year from Youtube according to some online sources.

Deen has not been involved in any controversies. He has been able to keep himself away from any type of controversy and scandal. So far, he has not done anything controversial in his career. He has kept his profile clean and has simply focused on his career and personal life.

You may also like to read the Bio, Career, Net Worth, Relationships, Social Media, and more about Toya Bush-Harris, Jazmin Johnson, Matt Reeves, and more.