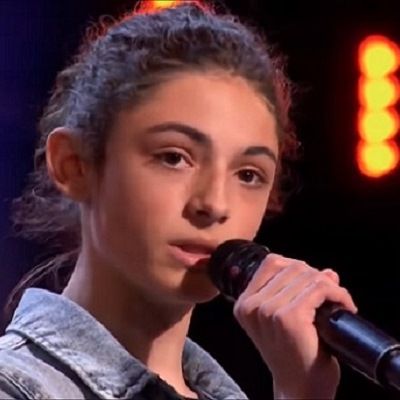 Benicio Bryant look resembles like a girl; however, it would be wrong to assume he is a girl. The young artist has kept his personal life away from the camera. He is focused on his career and wants to see among the prominent singers in Hollywood.

Who is Benicio Bryant?

Benicio Bryant is an American singer-songwriter from Maple Valley, Washington. In the year 2017, Germany’s The Voice Kids recruited him because of his YouTube singing videos for their competition; the only American in the competition, he placed second.

He came to national attention in the U.S. a year later when he auditioned for the fourteenth season of the reality competition and talent show America’s Got Talent (AGT) with his “sky-high” range and “powerful” vibrato.

Benicio Bryant was born in Maple Valley, Washington on September 2004, and he is currently 15 years old. His father is Jeremy Bryant is a Seattle Mariners team chef while his mother’s name is not available. Benicio has a younger sister whose name is not disclosed.

In late, 2017 Germany’s The Voice Kids saw his YouTube Channel videos and asked him to audition online via Skype. November 2017, within a few weeks, the family of four, including his younger sister, was on an all-expenses-paid trip to Germany. He was the only American competing on the show for its $20,000 (USD) prize. For the “blind auditions”, where the judges only hear the singing of the contestants, Bryant sang Sia’s “Bird Set Free” (2015), resulting in all four judges to turn chairs in an effort to claim him for their team.

Bryant opted to choose singer-songwriter Max Giesinger from Waldbronn, Germany as his coach. He next sang James Bay’s song “Let It Go” (2014). For his final song, he chose Calum Scott‘s song “You Are the Reason” (2017). He came in second. He loves singing but found the experiences of making friends with fellow contestants, then eliminating them in head-to-head battles stressful.

America’s Got Talent (AGT) contacted Bryant to see if he and his family would like to visit New York City to audition. The AGT producers had seen his performance on Late Night with Seth Meyers and decided to recruit him.

Additionally, Benicio saw the exposure as being positive and wanted to take the chance even if it was unlikely he would win. He also felt that even if competing was stressful he wanted to have more American fans. He believed the time was right “to introduce his music to a wider audience and start building a fan base.”

The young artist is on the verge to put forth his name in the entertainment world. Though he hasn’t disclosed the exact figure on his properties, he earns a decent amount of income. The 15-year-old singer has a great future ahead.

He has black hair and brown eyes. He has a height of 5 feet 1 inch and he weighs is 50Kg.