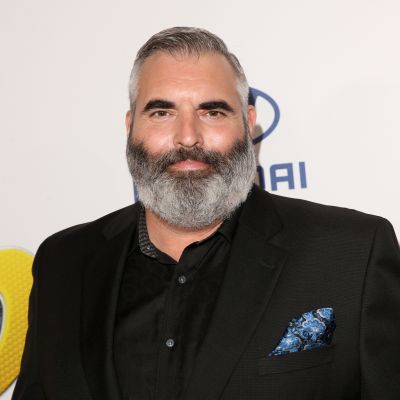 Talking about his relationship details, Benjamin Byron Davis is possibly single and he might not be dating anyone at the moment. He seems to be focused on his career and professional life.

Moreover, Byron has not mentioned his relationship details and affairs news to the public and media. He has kept his personal profile low-key.

Who is Benjamin Byron Davis?

Benjamin Byron Davis is a well-recognized American actor, writer, director, and acting coach. Davis is widely famed for his role in Without a Trace, Criminal Minds, Gilmore Girls, Windfall, MADtv, Six Feet Under, and so on.

Benjamin Byron Davis was born on 21 June 1972. At present, he is 49 years young star. Likewise, his birthplace is Boston, Massachusetts, the USA.

Benjamin is the son of his father, William Byron Davis whereas his mother is Jessica Byron Davis. Moreover, he has two brothers.

Talking about his nationality, Davis holds an American identity whereas his ethnicity is Caucasian.

Regarding education, the actor graduated from the Noble and Greenough School where he was awarded the Eaton Prize for Excellence in Performing Arts.

Later, he attended the University of Chicago where he sat on the board of the University Theatre. Davis finally studied at NYU’s Tisch School of the Arts where he graduated with honors and a Playwrights Horizons Theatre School.

In his early days, Benjamin worked in two solo shows that he wrote and performed: In Absentia and Big Shot. He also featured in the role of Lord Byron in Bloody Poetry and Woland in the Master and Margarita in 1998 and 2000 respectively.

Moreover, Davis took a step in the direction and directed the one-act play Godfather Death. His notable work involves Parks and Recreation, Las Vegas, Criminal Minds, Desperate Housewives, and so on. In his recent movies, the star has featured in Ant-Man and Wasp(2018) and The Belko Experiment(2016).

Besides acting, Benjamin has been working as an acting teacher for more than 25 years and he is still teaching actors privately. Davis formed the master class Practicum where he teaches actors.

A famed star, Byron has earned a handsome amount of money from his profession. He has been active in his profession from the year 1998 till the present.

It is reported that Benjamin Byron Davis has an estimated net worth of $1 million.

Benjamin has never been part of any controversial matter or rumors till now. The actor has been preoccupied with his professional and private life.

It seems that Davis prefers enjoying his personal life and does not want to merge it with his professional life.

49 years young star, Benjamin has handsome looks and an admirable personality. He stands at a height of 6feet 5inches. Also, he has a balanced body weight of 90 kg.

Furthermore, Davis has brown eyes whereas his hair is white.

Regarding his social media presence, Benjamin Byron Davis is an active personality on social media. Benjamin has more than 106k followers on his official Instagram account @bigbendavis.

He is also active on Twitter with around 24.7k followers.