Previously, he engaged to Courtney Robertson on his season of The Bachelor in 2011. Roberston is also a winner of the 16th season of the Bachelorette in 2012.

At first, they looked happy and spent quality time. But, after a few months, they called off their relationship.

Flajnik also proposed Ashley Hebert but he was rejected by her on the show The Bachelorette.

He also went on a date with Jennifer Love Hewitt. However, Flajnik was not much interested in her and moved on to find true love.

Although, he had an unsuccessful date with Jennifer and rejection from Herbert. He is confident and searches for the one who is a perfect match for him.

He is looking for a partner whose hobbies match with him such as he enjoys crab fishing, sailing, skate, boarding, golf, surfing, playing the piano and signing in a tribute band. 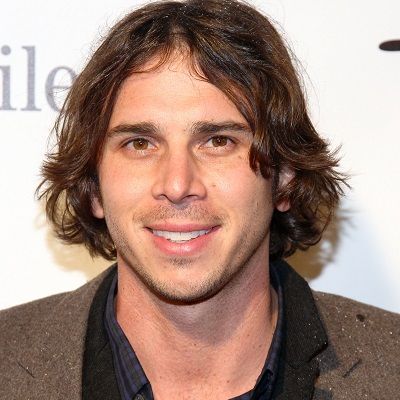 Who is Ben Flajnik?

Ben Flajnik is an American actor and TV personality.

He is known for his appearances on TV series including The Bachelorette and The Bachelor.

Ben Flajnik was born in Sonoma, California, United States, on September 10, 1982, to Joe Flajnik and Barbar Flajnik. His birth sign is Virgo.

He grew up in his hometown with his family in Sonoma, California.

He graduated from the University of Arizona located in Tucson, Arizona where he studied music production and business.

After his graduation, he also worked in the online adverting sector.

While he was at the University of Arizona, he was a member of the Beta Theta Pi Fraternity. Sadly, he was caught by the campus police for underage drinking. The good news is that he did not face any serious case.

The Bachelor is a reality television show which includes drama and game-show. It premiered on May 23, 2011. He showed with 25 other women to finds his true love. Courtney Robertson became the winner of this season and also Flajnik’s fiancee.

Bachelorette season 7 ABC reality television series was premiered on May 23, 2011. In this series, Ashley Hebert starred with the other 25 men. Flajnik is one of the men who took part in this show.

Also, he was a runner-up this season. Because of his good sense of humor and acting skills in Bachelorette, he is a star and popular among various viewers.

Ben and his friend decided to start their own wine brand called Evolve while he lived in San Francisco in 2008. The winery target organic and biodynamic wines.

All the ingredients from Sonoma Valley and Russian River Valley vineyards. Later they sold that winery because he and his friend wanted to do different things individually. This wine has been sold to the Stewart family.

In November 2012, Ben disgraced his ex-fiance, Courtney Roberston by publicly calling her evil.

Later on, in his interview with Hollywoodlife.com, he apologized to her.

Flajnik’s net worth is approximately $800 k US. He earned his net worth by working on the Bachelorette: season seven.

Flajnik has dark brown eyes with auburn hair. His height is 6 feet 2 inches and his weight is 80 kg.

Flajnik has 86.9 k followers on Twitter with id @BenFlajnik.

He has followers of about 32.9 k on Instagram. As we can see he is more close to his niece Josephine. He also has a pet dog.