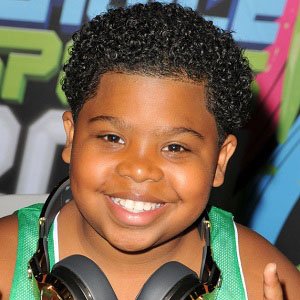 What is the relationship of Benjamin Flores Jr.?

Cute and handsome Flores is single. He has managed to keep his personal information so secret that nothing relating his past and present affair status is published.

Who is Benjamin Flores Jr.?

He has made a respectable position in the American acting field at a very young age.

Flores was born to Tyisha Hampton and Benjamin Flores, Sr. on July 24, 2002, in Memphis, Tennessee, U.S.A. His nationality is American and belongs to the All-American ethnicity.

His mother’s name is Tyisha Hampton and his father’s name is Benjamin Flores, Sr. He was raised by his parents in a friendly and entertaining environment along.

Flores revealed that his father used to encourage him to secure his career in the acting field and he was also highly interested and dedicated. Flores learned acting by portraying the different characters from his selected movie and films.

In which school did Benjamin Flores Jr. attend?

There is no accurate information published about Flores’s educational status.

Flores made his film debut in the year 2011 at the age of 9 and worked as a voice actor in the film named “Happy Feet Two” as ‘Atticus’.

After two years (in 2013), he made his professional acting debut and appeared in the T.V series titled “The Haunted Hathaways” in the main role of ‘Louie Preston’.

Flores Jr. won ‘Imagen Awards and was nominated for ‘The kids’ Choice Awards’ twice for the same series. In 2014, he appeared in two films titled “Ride Along” and “Santa Hunters” and one T.V series “The Thundermans”.

Currently, he is working in a series “Game Shakers” as ‘Triple G’ in the main role since 2015 and was nominated for ‘The kids’ Choice Awards for the same series in 2017.

He also portrayed Eugene Jones in the Showtime drama, Your Honor, from 2020 to 2021.

How much is the net worth of Benjamin Flores Jr.?

His net worth is estimated to be $0.3 Million as of 2022 but his salary is not revealed yet.

Currently, there are no drastic rumors regarding Flores’s personal and professional life. It seems like he is doing the best job without harming others for which he hasn’t been a part of controversy yet.

Also, he is so young to be a part of rumors and controversy.

Moving towards his body measurements, Benjamin Flores Jr. has a good height of 5 Feet and 4 Inches and a weight of 51 kg.

He has black hair color and his eye color is also black. There is no information about his shoe size.

Who is Benjamin Flores Jr dad?

Where is Benjamin Flores Jr from?