Entrepreneur Benjamin Maisani is an ex-boyfriend of Anderson Cooper. He is in a relationship.

Benjamin Maisani was in a relationship with the broadcast journalist, Anderson Cooper.

They started dating each other back in 2009. Three years after that, in July 2012, Cooper revealed his identity as a gay. However, after dating for nine years, they broke up with each other.

Despite the beak up, they always remained close friends and family to each other. Once more the separated couple came back to each other to their little baby, Wyatt Morgan.

Wyatt was born on the 27th of April 2020 via surrogacy. He is named after the name of Copper’s grandfather from Mississippi. 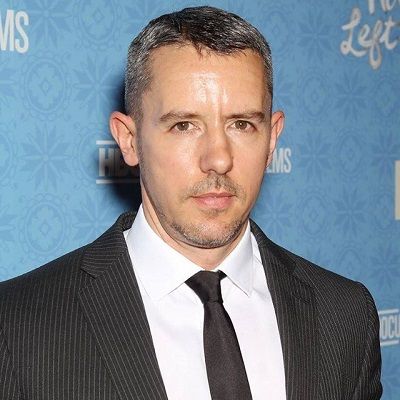 Who is Benjamin Maisani?

Benjamin Maisani is an entrepreneur. He is renowned as the partner of the broadcast journalist, Anderson Cooper.

He is the owner of the gay bar, Eastern bloc.

Benjamin Maisani was born on the 27th of January 1973 in Corsica, France. He is of French ethnicity.

To date, she has not shared any information about his father, mother, and siblings.

He completed his primary education in France. Later, he moved to New York and joined Hunter College. He graduated from college with Honors in Arts.

Benjamin Maisani was always a book lover and used to confine himself to his books. After graduating from college, he started working as a librarian at Madison Avenue.

However, the earnings as a librarian were not good enough. Due to that, he was compelled to look at other job opportunities.

Finally, he settled down at the job as a bartender at Barracuda in Chelsea. His job completely transformed him from a shy person to a sociable person hosted with self-confidence. Moving forward, he moved toward the business bars business.

As of now, he owns three different bars in New York. All of them are gay bars. His bars are Easternbloc at 505 E 6th St and Bedlam Bar & Lounge at 40 Avenue C, and Atlas Social Club at 753 9th Ave.

Through his career as a businessman, he has made a net worth of $8 million as of 2022, which includes his bars. Apart from that, he also owns several houses and mansions in Connecticut.

He has made all this fortune through his clubs and bars.

To date, she has not been any sort of controversy that created a buzz in the media. Similarly, there are no rumors related to him.

However, he has been in the headlines when returned to his former partner, Anderson Cooper. The couple became the parents of Wyatt Morgan by surrogacy on the 27th of April 2020. They announced the news on the 30th of April.

As of now, they are co-parenting Wyatt.

Benjamin Maisani is a brown-eyed brunette. His height is 5 feet 6 inches and weighs around 53 kg.

Split-Up Update!! After The Nine Years Of Togetherness The CNN Anchor Anderson Cooper Called It Quit With His Boyfriend Benjamin Maisani