Benjamin Mascolo is an Italian pop singer. Benjamin proposed to his ex-girlfriend Bella Thorne and now they are soon to get married. 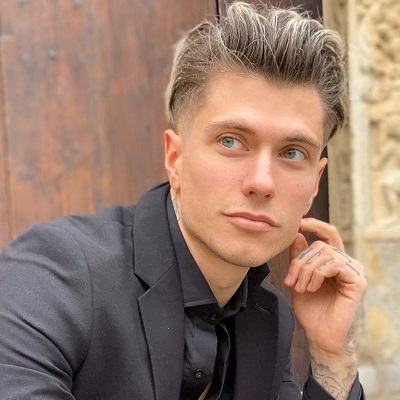 What is the relationship of Benjamin Mascolo?

Benjamin was engaged to?

Benjamin Mascolo is engaged the American actress, Bella Thorne on March 21, 2021. He proposed to her with a stunning pear-shaped halo diamond engagement ring. They decided to take their relationship to the next level after two years of affair.

Benjamin and Bella are soon to get married and their wedding will be held in Italy and in America.

In April 2019, the couple confirmed that they are dating each other. Despite sharing a long-distance relationship, they share a very strong bond.

The couple is often spotted spending time with each other. Last, on the 31st of January 2020, the actress shared his photo on her Instagram account with the caption big announcement coming soon. In the picture, the singer was wearing a ring.

Moreover, they were co-stars in Time Is Up.

The post suggested that they are engaged and going to get married soon. However, both of them have not met anything official. As of now, the love birds are having a great time with each other.

Who is Benjamin Mascolo?

Benjamin Mascolo is an Italian pop singer. He is renowned as a part of the duo, Benji & Fede.

He was born on the 20th of June 1993 in Modena, Emilia-Romagna, Italy. He is of Southern-Italian ethnicity.

Till the date, he has not disclosed any information about his mother, father, and education.

Since childhood, the singer had a strong attachment to singing.  At the age of 15, he started his YouTube channel to upload his songs.

Two years later, he met Federico Rossi via the internet and decided to be partners as a duo. At first, they started making cover videos on YouTube. In 2014, he tried to join the Sanremo Festival along with Rossi. However, they couldn’t make it through the preliminary selections.

Despite being unable to make to the festival, the duo didn’t give up on singing and started performing through social media. In the course, they were discovered by Warner Music who signed them as a duo.

Benjamin Mascolo’s career as a singer took a great turn of events when he released their first album, 20:05. The album became an instant hit with a platinum certification from the Italian Music Charts. Also, the album was a commercial success with sales of over 5o thousand copies of the album.

Following that, the duo released 3 more albums. Their names along with the year and the certification by Italian Music Charts are-

Apart from albums, the duo has released singles like Lunedì, New York, and Buona Fortuna.

Through his singing career, he has made an estimated net worth of $2 million as of 2022. As a singer, his earnings range from $21k to $208k. Apart from that, he also earns through his album sales and musical concerts.

Besides this, through his YouTube channel along with Federico, he makes earnings in the range of $578 – $9.3k.

To date, he has managed to remain from any sort of controversy that created a buzz in the media.

Benjamin Mascolo is a blue-eyed auburn. He has a height of 5 ft 9 inches and has an average weight.

You may also read the bio, age, family, education, career, net worth, salary, and controversy of Lea Michele, Blair Tindall, and Natalie Coughlin.