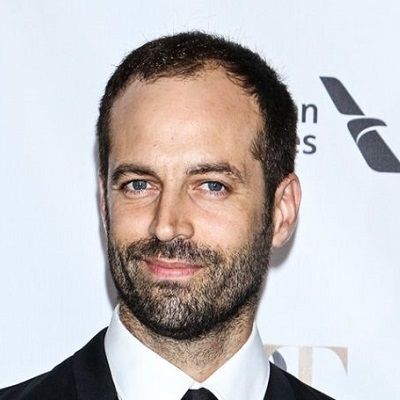 Most dancers have no awareness of how they look

half of them think they're fat. There is anorexia in the ballet world

there are those things

it really requires such specific qualities of articulation, agility, strength, and the arm work is something that takes a lot of training

Directing is very close to choreography

Benjamin Millepied is married to dancer Natalie Portman on August 4, 2012, in a Jewish ceremony held in Big Sur, California.

The bride was seen wearing Rodarte gown with a high neckline, a tea-length cocktail hemline, and sheer, full-length sleeves.

This couple met first-time on the set of Black Swan in early 2009.

Who is Benjamin Millepied?

Benjamin Millepied is a French dancer and a choreographer. He is widely famous for his work in the movie ‘Black Swan‘.

In addition, in the movie, he himself choreographed the dances and starred as a dancer.

This choreographer was born on June 10, 1977, in Bordeaux, France. He holds French ethnicity and has three elder brothers.

Millepied is a son of Denys Millepied (father) and Catherine Florie (mother), a former ballet dancer.

He learned at Conservatoire National in France. Back in 1992, he attended the School of American Ballet where he studied full-time in 1993. Moreover, the choreographer also got a scholarship from the French Ministry.

Early years, Benjamin Millepied became a soloist in 1998 and principal of New York City Ballet in 2002. From 2001-2004, Benjamin started the LA Dance Project. In 2010, he also choreographed the dance in the movie ‘Black Swan’.

For his choreographer mentor, he had ‘Jerome Robbins’. He originated a principal role in Jerome Robbin’s premiere of’2 and 3 part Inventions’.

In addition, Benjamin is the founder and director of the ‘LA Dance project‘ 2011 at the Los Angeles Music Center. Meanwhile, this project established a full-time residence in 2011 with the objective of presenting new works throughout the city.

The inaugural performance of this project took place at the Walt Disney Concert Hall in 2012.

The dance project of Benjamin ‘Reflections‘ took place at Theatre du Chatelet in Paris in 2013. Furthermore, they continued the tour at the Holland Festival in Amsterdam, Spoleto Festival in Italy, France and Sadler’s Wells Theatre in London.

Furthermore, Millepied has collaborated with composers like Daniel Ott, David Lang, and Philip Glass. Millepied’s dancing was motion-captured for film ‘Barbie in the nutcracker‘ along with NYBC dancers in 2001. Meanwhile, his dancing got captured for the movie ‘Barbie of Swan Lake‘.

This choreographer founded a multimedia production company ‘The Amoveo Company‘ in 2012. He has also directed the numbers of short films. The same year, he appeared on the dance competition show ‘So You Think You Can Dance’ as a guest judge.

Millepied was appointed as the Artistic Advisor of the new Dance Academy at the ‘Colburn School‘ LA.

Furthermore, he also had choreographed in numerous films including ‘Black Swan‘, ‘Aria‘, ‘Barbie in the Nutcracker’, and ‘Io Echo: Eye Father’.

. 1994, received the Prix De Lausanne.
. 1995, received the Mae L-Wien Award for outstanding promise.
. 2010, Chevalier in the order of Art & Letters by the French Ministry of Culture.

Meanwhile, according to some sources his estimated net worth is $3 million.

The average salary of this choreographer is around $53,000. Her spouse Natalie has a net worth of $60 million.

They together own a mansion in Santa Barbara, California. This mansion is worth $6.5million and has four bedrooms, five bathrooms property and is spread in 10.4 acres.

Benjamin and his wife Natalie came in the headlines with the rumor of their divorce.

He was involved in a car accident in California in 2017 which attracted lots of limelight.