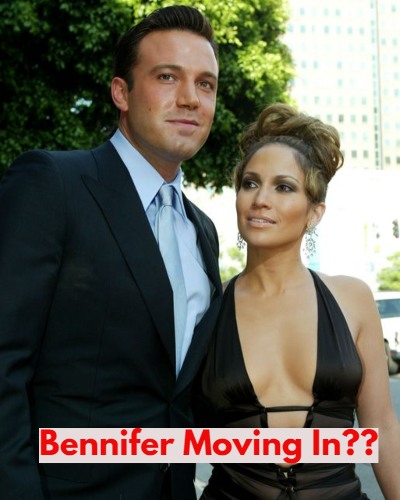 Ben Affleck and Jennifer Lopez are not just hinting at getting back together but also moving in together. Recently, she was spotted touring schools in Los Angeles while running in the city with Ben. It is known that she has visited at least one school in Los Angeles on 4th July 2021 after spending time at Ben’s Brentwood house.

Jennifer and her ex Mark Anthony’s children Max and Emme have been attending school in Miami but seem like they might be moving to the west. Lopez’s visiting schools are giving signs of her family uniting with Ben. But the two have not yet revealed whether they are moving in together or not.

“She has to ensure that she is taking her children into account. They are her priority.”

Ben also has two daughters Seraphina and Violet, and a son Samuel. He is also keeping his children as his priority. At present, Jennifer and Ben have been spending a lot of time together. They have been spending time in Miami enjoying the sunshine. Likewise, the couple was spotted kissing during their workout session. There is definitely something cooking between the two.

Ben is an American actor and filmmaker. He began playing Batman in the DC Extended Universe. Additionally, he has appeared in several other movies including Gone Girl, Live by Night, The Accountant, and Pearl Harbor among others. Read more bio…

Frankie Grande is engaged to boyfriend Hale Leon! How did they meet?
Tags : ‘Gone Girl’ Actor