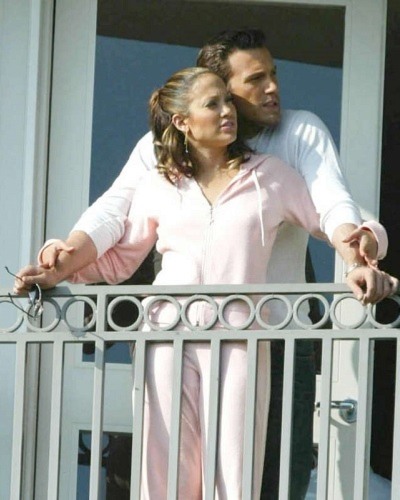 Ben Affleck and Jennifer Lopez are giving their fans a deja vu! After 17 years of split Ben and Jennifer finally seem to be getting back together and the most awaited #Bennifer can happen anytime soon. Around the starting of May 2021, the ex-couple was spotted hanging out at Jennifer’s house in Los Angeles.

Jennifer has ended her relationship with Alex Rodriguez and her hanging out with Ben has hinted her budding romance with Ben. Not just that they were also spotted riding in a car together near a resort in Big Sky. A source revealed,

“[Jennifer] spent several days with Ben out of town. They have a strong connection. It’s all been quick and intense, but Jennifer is happy,”

Another source added that there is less possibility of Jennifer getting back to Alex but she has chances with ex-boyfriend Ben. It is known that Jennifer wants to spend as much time as she can with Ben so she could find out the possibility of where things go.

Also read Ben Affleck and wife Jennifer Garner have had beautiful Marriage and Now they are heading towards Divorce!! Know about All the Time They were together!

How did Jennifer and Ben start dating?

It has been a long time since Jennifer Lopez and Ben Affleck’s relationship. The couple started dating when they were filming Gigli in 2002. They moved their relationship to the next level very quickly. The couple engaged the same year however their wish to get married did not come true. She was proposed by Ben with a 6.1 carat pink diamond from Harry Winston which cost $2.5 million.

They called off their wedding just four days before the plan. The couple said,

“Due to the excessive media attention surrounding our wedding, we have decided to postpone the date. When we found ourselves seriously contemplating hiring three separate ‘decoy brides’ at three different locations, we realized that something was awry. We began to feel that the spirit of what should have been the happiest day of our lives could be compromised.”

Their relationship was officially over on 22nd January 2004. Likewise, they moved on in life after that.

Ben Affleck is an American actor and filmmaker. He began playing Batman in the DC Extended Universe. Additionally, he has appeared in several other movies including Gone Girl, Live by Night, The Accountant, and Pearl Harbor among others. Read more bio…