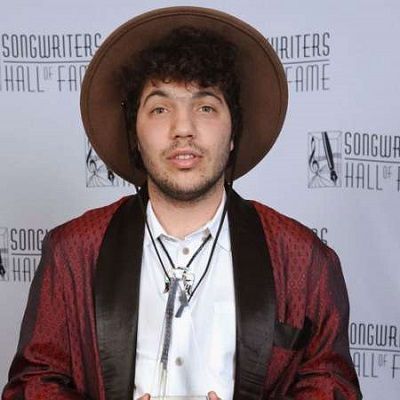 don't follow the rules. Don't do what anyone tells you. Don't use the same sounds as people

don't use the same drums as people.

I let the song come to me. Then that thing comes to you, and you just know what that thing is. Music isn't like a 9-to-5 job. You never know. It's just the most unpredictable thing.

I am still waiting for the day that they say, 'Time's up, Blanco. Back to your shift at Walmart.'

I'm not particularly good at anything. I'm not an incredible guitarist or piano player or songwriter. I think what I do is, when I notice someone is really good at something, I try to get that out of them.

Benny Blanco at present is in a romantic relationship. He spent the 2020’s quarantine with his girlfriend Elsie Hewitt.

He and his partner were seen cooking meals and sharing it with their friends. The video of them making Chicken Parmesan was uploaded on 16 Sept 2020.

Previously, he fell in love and proposed to a girl named Ashley who is also a music producer. However, they split after some time as Ashley turned out to be a lesbian.

Then, the news of him dating singer Katy Perry came out in 2011. However, the information was false and legal action was taken by Katy towards the accusations.

Who Is Benny Blanco?

Benny Blanco is an American musician, songwriter, and record producer. Likely, he is the recipient of the 2013 Hal David Starlight Award from the Songwriters Hall of Fame.

Benny Blanco was born in Reston, Virginia, the United States on March 8, 1988. His birth name is Benjamin Joseph Levin. There is no information about his father, mother, and childhood.

There is no information about his brother plus sister too.

Talking about Benny’s education history, he attended the Institute of Audio Research.

Talking about his profession, as a songwriter, Benny Blanco has delivered seven number-one singles on Billboard’s top charts and several other singles featuring in the top 10. He has worked with popular artists like Kanye West, Rihanna, Katy Perry, Maroon 5, Ed Sheeran, Wiz Khalifa, Selena Gomez, and Justin Bieber.

Whereas, his song ‘Eastside,’ with Halsey and Khalid, made it to the top spot on Ireland, New Zealand, and UK charts. The single also made it to the top 10 lists in other countries, including the United States, Canada, Denmark, and Sweden.

Additionally, Benny Blanco used to play different instruments in his room as a child and soon began to record his music as well. In the mid-1990s, he was much influenced by the contemporary music of Nasir bin Olu Dara Jones (“Nas”). He was just a small boy at that time. As his interest in music grew, Blanco continued making more music in his house and recording them.

Likewise, with his impressive music, Blanco managed to grab the attention of the executives at Columbia Records. Later, he got the chance to work under record producer David Aaron Shayman (better known as Disco D). After his apprenticeship under Disco D, Blanco was mentored by producer and songwriter Lukasz Sebastian Gottwald (also known as Dr. Luke).

During this time, Blanco successfully wrote and produced many popular songs under his guidance. These include songs like Kesha’s debut single ‘TiK ToK’, and ‘Teenage Dream’ by Katy Perry. Then, after the success of ‘Moves Like Jagger,’ Maroon 5 collaborated with Blanco once again, for their fourth studio album ‘Overexposed’.

The album ended up as one of the most successful in the band’s history. He has since delivered numerous singles that have featured at the number one spot on the top charts.

In the ensuing years, he collaborated with top artists like Selena Gomez, Ariana Grande, Lana Del Rey, Camila Cabello, Justin Bieber, and Ed Sheeran. In the year 2018, Benny Blanco released his debut single ‘Eastside’ which broke into the Billboard top charts and was certified platinum by the Recording Industry Association of America (RIAA).

Blanco won the Hal David Starlight Award. He also won the Producer of the Year award at the iHeartRadio Music Awards in 2017.

He has been nominated at the Grammy Awards a total of eight times between 2011 and 2018 as well as once at the Golden Globe Awards in 2016.

He has an estimated net worth of around $16 million (as per 2021 data) and he has earned that sum of money from his professional career.

But the data on his salary is not yet calculated.

But the rumors of him being gay is still not addressed.

Benny Blanco has a height of 5 feet 9 inches and he weighs 82Kg. Benny’s hair color is black and his eyes color is hazel.

He is also on TikTok and YouTube with over 3.6M and 1.44M supporters respectively.