Benny Medina is a popular American producer, actor, and talent manager. He is possibly single.

Benny Medina is an openly gay man and is possibly single. He has not shared the details of his partner and past affairs. 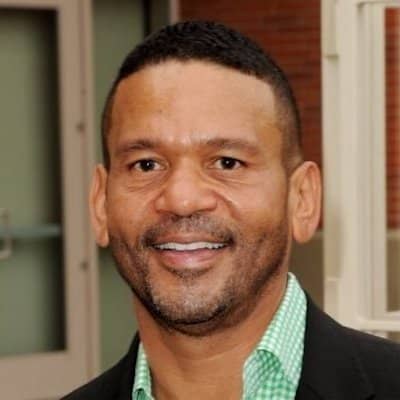 Who is Benny Medina?

Benny Medina is a popular American producer, actor, and talent manager. Benny Medina is known for his work in Hustlers, Maid in Manhattan, The Fresh Prince of Bel-Air, etc.

He was at 48th position in Out.com’s Top 50 Gays list that was published in 2007. As a writer, he wrote episodes of The Fresh Prince of Bel-Air and a video titled Above the Rim.

He also served popular singer Jennifer Lopez as her manager.

His birthdate is 24 Jan 1958 and he was born in Los Angeles, California, the United States. The name of his father was Ahmad ‘Benny’ Medina and his mother’s identity is not revealed but they had little money.

His childhood was full of struggle as he was born in a poor family and his mom & dad abandoned him. Due to this, he has to live between foster homes. But he was never satisfied with this and used to run away from those houses regularly along with his brothers plus sisters.

Finally, his aunt came forward and took him to her home. Further, Benny’s ancestry is Dominican, and his sister is Katrina Medina.

As per his academics, he attended Beverly Hills High School.

Benny Medina started his career by being the lead singer of the group Apollo. They were active in the 1970s and released the album Apollo in 1979.

Then, he along with Jeff Pollack created a company named Medina/Pollack Entertainment. With this, they made three films Booty Call, Above the Rim, and Maid in Manhattan. Benny is also the owner of another organization known as The Medina Company.

As a manager, he used to work for artists like Tyra Banks, P. Diddy, Mariah Carey, Brandy Norwood, and many more. Moreover, as a producer, he worked for.

By the 2022’s data, he has an estimated net worth of around $30 million. However, his per-month salary is not yet revealed.

This producer at present is keeping himself away from scandals as well as rumors. But he was accused of assaulting someone sexually by actor Jason Dottley.

This actor said in Nov 2017 Benny tried to rape him in Dec 2008. Benny was giving his LA’s home tour when he tried to get personal with Jason and T. Ashanti Mozelle.

In his defense, he said all the claims are false.

Benny Medina’s height is 5 ft 8 inches and his body weight is 71 kg. Adding more, he has black hair and has eyes in dark brown color.