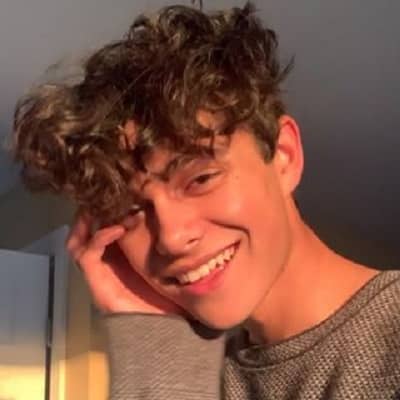 As benoftheweek has not provided any details about his affair or girlfriend, he is at present possibly single.

The identities of his father and his mother are also not revealed.

Moreover, his ancestry is a mix of French, German, Indian, and Portuguese. Regarding studies, he has not disclosed his academic history.

benoftheweek is very popular in the digital world for his surrealism and comedy content on social sites like TikTok. Moreover, his TikTok account has gained more than 6.4m followers with over 263m likes.

He has uploaded a fun video on 25 Dec 2020. This has got more than 3.5m views and over 740k hearts. In addition, his captioned post “the first person to clap ever” is loved by his followers.

Moreover, Ben also owns a YouTube channel which was created on 28 April 2013. This channel is subscribed by more than 1.01 million people.

But he first started to use this video-sharing platform in 2010. However, he deleted this channel in 2013.

At present, this web star has not been involved in any sort of rumors or scandals. But his very first YouTube channel got deleted for AdSense fraud.

Regarding benoftheweek’s body features, his height and his body weight are in normal size. Moreover, the color of his eyes is light brown and his hair is dark brown.

He is available on social sites. His Instagram is followed by over 490k people. He also has a Snapchat account, @ben_wut.

In addition, he is followed by more than 48k followers on Twitter but he is not active on Facebook.

What is Benoftheweek's real name?

Does Benoftheweek have a girlfriend?

What is Benoftheweek's phone number?