Benson Boone is a Tiktok star, Influencer who is recognized for his lip-synching and funny videos. 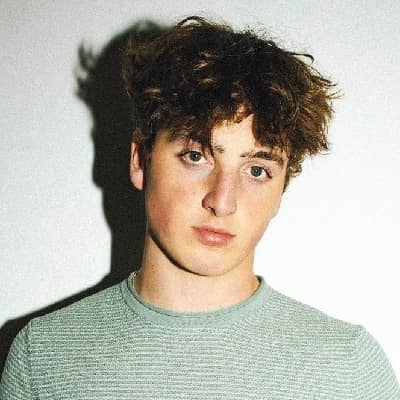 Benson Boone currently appears to be Single. To date, he hasn’t introduced anyone as his girlfriend or lover.

Presently, he is focused on his career so, if he revealed anything regarding his private life in further days then we will update.

Who is Benson Boone?

Benson Boone is renowned as an American Tiktok star, Instagram Influencer, and social media personality. He is better known for his lip-synching and funny videos.

Additionally, he also a singer and rose to fame after being a contestant on the “American Idol” show.

Benson was born on June 25, 2002, in Washington, USA. She holds an American nationality and is of Caucasian descent.

The name of his parents is Nate Boone and Kerry Boone. He has two older sisters whose name is unknown and one a younger sister named Natalee. Natalee often appears on Boone’s Instagram account.

Moving towards his academic details, he studied at Monroe High School. Then, he joined Brigham Young University.

Benson joined Tiktok in January 2020 and upload his first video on January 30, 2020, which gained over 377.9k likes to date. He uses to sing a song, make a funny video, and dance moves on his Tiktok account.

As of now, his Tiktok account has more than 1.4m followers. Though he garnered an enormous fanbase through the Tiktok platform, he rose to fame worldwide after appearing in the show, American Idol.

He auditions for American Idol where he performed the cover of Aidan Martin’s “Punch-line” and also played the piano while singing on 15th February 2021.

From his performance, all three judges were happy and he got the golden ticket for his outstanding performance. Katy Perry even said, he could win the show.

However, he was not shown in the Hollywood round episodes on both episodes that aired on March 22, 2021. So, it showed like he is no longer a part of the show.

But, he has not confirmed it yet either the show.

Benson has a fresh career, until now he hasn’t been part of any sorts of rumors and disputes that hamper his uprising career and personal life.

The Tiktok star has an estimated net worth of around $400 thousand throughout his profession as a content creator. However, he hasn’t disclosed his exact salary, yearly income, and real estate to the public.

The Tiktok star stands at the height of 5 feet 8 tall and his weight is around 74 kg. He has brown hair color with hazel pair of eyes.

Moreover, his other body measurement is not available.

Similarly, he is active on Facebook with more than 2.4k followers and 2.2k likes. Benson uses Snapchat under the username @bbboone24.