Berleezy is a YouTube star and social media influencer.

Talking about his love life, Berleezy is presently single and he is not dating anyone at the moment. He might be focused on his career at the present.

Edmond seems to be very private in nature and has not shared any of his details in the public yet. We might see the star dating a beautiful girl in the future. 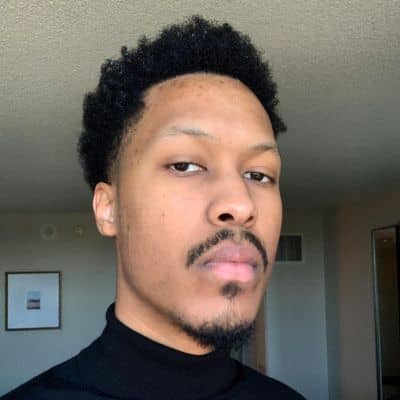 Moreover, he is also known for his Exposed series of videos in which he makes jokes about characters from television shows.

Berleezy was born on 16 December 1992. At present, his age is 28 years old. Likewise, his birthplace is California, the USA.

Not much known about his father and mother’s details, Berleezy has been secretive towards his family details. Moreover, he has a sister whose information is still mentioned in the public yet. His mother has starred on his YouTube videos such as My Mom Reacts to EXPOSED Video Video#2, My Mom Be Trippin…(Quick Update), and so on.

Talking about his nationality, Edmond holds an American identity whereas his ethnicity is African-American.

Regarding education, the YouTube star completed his graduation from California State University, Fullerton in 2017 with BA in English.

Talking about his YouTube journey named Berleezy on 11 September 2012. Additionally, the star began uploading videos only in 2013. In the beginning, videos were all funny vlogs. Ultimately, Edmond started sharing a wider diversity of videos and started his Exposed series. The series includes roasting videos where he makes jokes about fictional characters.

His videos showed Berlin’s sense of humor. The YouTuber has collaborated with his mom and expressed interesting facts and stories about their life. In June 2016, he uploaded a video named I Dare You that starred YouTube sensation Chino Alpha Wolf, who is a skilled comedic Filipino artist.

Berling owns a second YouTube channel, iBerleezy that he created on 14 June 2016. He uploads videos related to video games, such as Sims 4, The Conjuring House, Bully, and so on. Nonetheless, the channel’s videos, From the Beginning- The Walking Dead: Season 1, and Outlast no1 | First Gaming Video WTF are incredibly amazing.

An American YouTube star, Edmond has earned a handsome amount of money from his multiple profession. His main source of earning is from YouTube, Instagram, and social media.

It is reported that Berleezy has an estimated net worth of $500k-$1 million.

There was some doubt that Edmond was gay as many suspected him to be gay. However, the star never stated anything about this matter. He uploaded a Q&A video in 2018 in which Beleezy was assumed that his future girlfriend would be a gamer. This cleared the doubt among his family member.

Other than that, Berleezy has never been part of any controversial matter or rumors till now. The star has been surrounded by his private and professional life.

28 years old star, Berleezy has dashing looks, a muscular and athletic body, and an admirable personality. He stands at a height of 5 feet 8 inches. Also, he has a balanced body weight of 75 kg.

Furthermore, Edmond has dark brown eyes whereas his hair is black. His shoe size is 7.5 (US).

Nevertheless, the renowned YouTuber has never mentioned other physical details in the public yet.

Regarding his social media presence, Berleezy is an active personality on social media. Berlin has more than 546k followers on his official Instagram account @berleezy.

Moreover, Berleezy is also available on Facebook with nearly 50k fans and supporters. The YouTube star owns a YouTube channel named berleezy with more than 1.92 million subscribers at the present.