Updated On November 25, 2022 | Published By: Eric Jones
Share this
Single 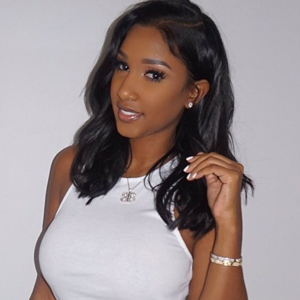 What is the relationship of Bernice Burgos?

Bernice is currently in a relationship. She is having an affair with James Harden. The rumors are that she is dating the NBA star to make his ex-boyfriend T.I. jealous.

She is the mother of an 18 years old daughter, Ashley Burgos who looks same like her mother. She has one more daughter, Amarie Burgos. The gorgeous model has been in a relationship with Canadian rapper Drake, whom she had known for more than a year. The couple was seen together in Australia.

The relationship came to an end in 2015 and later she started dating Marion Suge Knight, a formal football player and CEO of Black Kapital Records and Death Row Records. Later she was seen with T.I., a rapper. They were seen together at various events and shows. Although Bernice stated that they are only friends but she also indirectly stated that they had sex.

Who is Bernice Burgos?

Bernice Burgos is a gorgeous model and entrepreneur having millions of followers on Instagram, a social networking site. She was starred in music videos by J. Cole and Rick Ross and was also featured on MTV’s Wild ‘N Out.

How old is Bernice Burgos?

Bernice Burgos was born on April 17, 1980, in the Bronx, New York City, USA. She holds an American Nationality and of a Puerto Rican ethnicity.

Her mother and father’s details are not known. She keeps sharing pictures of her mom and sister. Burgos grew up in the tri-state area, between New Jersey and New York City. Details on her school, college are also not known.

Bernice Burgos initially worked as a bartender and waitress before going to the field of modeling. She can be seen in many men’s magazine cover and in various music videos in the early 2000s. Although she had a nice fan following and was famous, she still continued her job as a bartender.

The music videos in which she appeared include, Diced Pineapples, Ain’t Leaving Without You, Southern Hospitality, and Work Out. She was also seen in a video shoot with the Black Men Magazine and the Hot New Hip Hop.

What is Bernice Burgos’s net worth?

Her total net worth is $1.1 million but her salary is estimated to be $500 thousand per annum.

It was viral all over the internet that Bernice is breaking up T.I. and Tiny’s marriage. The model responded to rumors of her breaking up T.I.’s marriage after Tiny referred to her as a “pass around bitch” on Instagram.

Bernice Burgos stands at a height of 1.70 m. She has got Dark Brown hair color. Her eye is dark brown. She has a weight of 54Kg. Her Bra Size is 34D.