Bernie Taupin is a Songwriter and visual artist. Bernie is married and has two kids.

Bernie Taupin has never had a stable relationship. He first got married in 1971 to Maxine Feibelman, but things didn’t work out between them and the couple parted ways in 1976. Bernie fell in love with Toni Russo and they got married in 1979. This marriage too did not work for long and the two got divorced in 1991.

Then, two years later in 1993, Bernie got hitched for a third time to Stephanie Haymes Roven, but they separated in 1998.

On March 27, 2004, Bernie married Heather Lynn Hodgins Kidd and the couple is together since then. This couple is blessed with two children and both are girl, Charley Indiana and Georgey Devon. 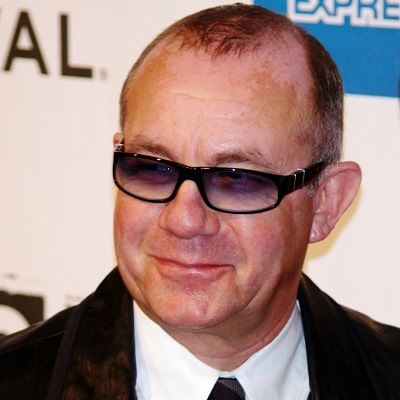 'Captain Fantastic' was the first album in history to enter the (American) album chart at number one. We did it for a second time after that. Now that's not a boast, that's frightening.

Who is Bernie Taupin?

Bernie Taupin is a famous English lyricist, poet, and singer, who is well known for his long-term collaboration with Elton John, having written the lyrics for most of John’s songs.

He was born in Sleaford, Lincolnshire, England on May 22, 1950. His birth name is Bernard John Taupin. His father’s name is  Robert Taupin and his mother’s name is Daphne.

Whereas his father was a farmer and his mother used to work as a nanny. His brother was good at studies and hence joined Grammar School but Bernie was different.

As he grew up, there was no electricity around his place till the time he turned 5 years old and the family also suffered financial troubles.

He was brought up along with his other two brothers as the middle child of his parents. At the age of 15, he left his school and went on to work as a fresher with a local newspaper, The Lincolnshire Standard.

During his late teenage period, he reverted back to an advertisement in the local newspaper for a job offer for new songwriters. Ray Williams was looking out for a lyricist for Elton John’s song which became the reason for the collaboration between Elton and Bernie.
He has a brother, but his name is unknown. Bernie holds British citizenship, but his ethnicity is unknown. His birth sign is Gemini.

Talking about Bernie’s education history, there is no information about his educational achievements.

Talking about his profession, Bernie’s lyrics writing career officially kick-started in the late 60s by chance. Elton John was one of the talents in a major record company and he wanted to hire a lyricist. He somehow came across Bernie’s poems and out of many others, he liked them best.

Since then, Bernie has penned down several of Elton’s songs for almost four decades working together on thirty albums. There was also a time when Bernie and John worked with separate artists but somehow, they ended up coming back together time and again.

Both of them had worked occasionally during the 70s but the success of the above-mentioned albums formed a bond between the two. After the early 80s, Bernie started working as John’s primary lyricist. Some of the best songs that Bernie wrote for John are ‘Rocket Man’, ‘Crocodile Rock’, ‘The Bitch is Back, ‘Daniel’, ‘Sad Songs’, ‘Nikita’, ‘Don’t Let the Sun Go Down on Me’ and ‘Your Song’. Through John’s international and national fan following, Bernie slowly started to attain fame as well. Side by side, he kept writing personally and for other musicians as well.

It explained that Bernie wrote the lyrics separately and would hand it over to John. Without even consulting Bernie and changing the lyrics to fit the music, John simply recorded music on them. This was a very unusual process of working together, far away from the typical international standards.

However, in the later years of their collaborations, the working process had become much more cooperative. For some specific songs, Bernie started visiting the recording studios with John. Bernie wrote the lyrics for all the 11 songs in the musical.

In the same year, they celebrated 40 years of collaboration with the release of John’s album titled ‘The Captain and the Kid’. For the first time in his career, Bernie appeared on the album cover for the same. He worked with bands such as ‘Heart’ and ‘Starship’. From time to time, Bernie has also produced solo albums.  Further, in the 90s, Bernie released a poetry collection titled ‘The Devil at High Noon’.

He has an estimated net worth of around $200 million as of 2022, and he has earned that sum of money from his professional career.

Bernie Taupin has a height of 5 feet 6 inches and his weight is unknown. His hair color is brown and his eyes color is blue.