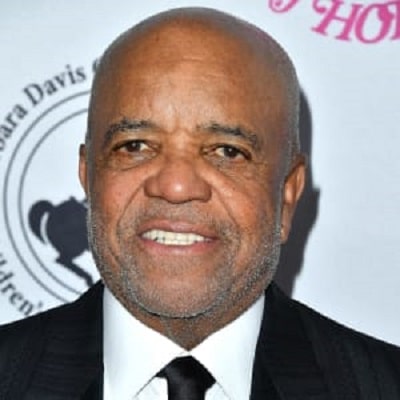 Motown was about music for all people - white and black, blue and green, cops and the robbers. I was reluctant to have our music alienate anyone.

I have this ability to find this hidden talent in people that sometimes even they didn't know they had.

Motown was about music for all people - white and black, blue and green, cops and the robbers. I was reluctant to have our music alienate anyone.

What is the relationship of Berry Gordy?

After that, he married Raynoma Mayberry Liles in 1960. The pair had already welcomed a daughter named Kerry Gordy on June 25, 1959, before their marriage. But, the couple divorced in 1964.

After that, he dated Diana Ross for five years and welcomed a daughter Rhonda Suzanne (born August 14, 1971). From his affair with Nancy Leiviska, a daughter named Stefan Kendal Gordy, better known by his stage name Redfoo of the  LMFAO duo was born.

Who is Berry Gordy?

Berry Gordy is an American record executive, record producer, songwriter, film producer, and television producer. He is best recognized as the founder of the record label Motown.

He was born on November 28, 1929, in Detroit, Michigan, USA. His birth name is Berry Gordy III. He was born to his father Berry Gordy Sr., a plastering contractor while his mother Bertha Fuller Gordy worked as an insurance agent.

He has seven siblings- four sisters and three brothers.

Gordy holds American citizenship but his ethnicity is All-American.

Talking about his education history, he attended the Northeastern Senior High School.

Berry Gordy tried to open his own record store which featured jazz music and 3-D glasses but did not become successful. Then, he met the owner of the Flame Show Bar Talent Club where he met Jackie Wilson.

Wilson co-wrote the song ‘Reet Petite’ with Berry Gordy’s sister Gwen and writer-producer Billy Davis which became a hit and gained much success internationally, reaching Top 10 in the UK.

Gordy and Wilson worked together for the next two years and recorded six more songs. He reinvested his profits from songwriting into producing and borrowed $800 from his family to create an R&B record company named Tamla Records. The label began recording on January 12, 1959.

The album titled ‘Bad Girl’ by the Miracles did not become so successful. The Tamla and Motown labels were merged into a new company Motown Record Corporation in April 1960 and singed Mary Wells into the label, making her the label’s second star.

Later, he published an autobiography, ‘To Be Loved’ in 1994.

He won Songwriters Hall of Fame’s Pioneer Award in 2013, making him the first living individual to receive the honor. In addition, he won the National Medal of Arts from President Obama in 2016.

He has an estimated net worth of around $400 million as of 2022, and he has earned that sum of money from his professional career.

There was a rumor that he had male lovers but he denied the rumors. He is straight in sexual orientation.

He has black eyes and black hair. But, his shoe size, dress size, etc. are not available.