Popular director and editor, Bert Kish were in a married relationship with Vanessa Trackewsky. Moreover, the couple had a child name Aris who was born in 2006. The little boy was just 11 years old when his father died.

He was never comfortable sharing his personal things on media and in public. The great personality passed away on 24 May 2017 at the age of 51 years old. His loss was highly felt by his family, fans, well-wishers, as well as his friends.

However, his death cause has not been revealed till now. Bert’s dad died due to cancer on 23 October 2015. 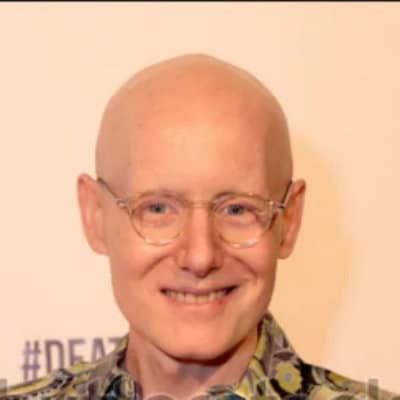 Who is Bert Kish?

Moreover, he was a producer, writer, and cinematographer as well who was known for his hard work and creative personality.

Bert Kish was born on 15 September 1965. He died at the age of 55 years old. Likewise, his birthplace was Montreal, Quebec, Canada.

Bert was the son of his father, Albert Kish whereas his mother’s details were not mentioned in the public. Moreover, he had a brother named Colin Kish. His dad, Albert was a film director and started his career as a still photographer. Later, he worked at the Canadian Broadcasting Corporation in Toronto as a film editor and joined the National Film Board of Canada in Montreal.

Talking about his nationality, Kish held a Canadian identity whereas his ethnicity was Caucasian.

Regarding education, the director attended Westmount High School in Westmount, Canada. Further, he completed his later education at McGill University in Montreal, Canada.

Following the footsteps of his dad, Bert pursued his career in filmmaking and editing. Likewise, the director’s dad was a multi-talented personality who worked as a director, film-maker, photographer, editor, and producer. Albert had served in many movies such as Family House, Summer of 67, Bread, and so on.

Similarly, Bert had worked on Snow bride, Winter Song, and Stranded in Paradise, and so on. Kish had also served as an editor for projects such as Longmire, Death Valley, The Bridge, The Legacy, and so on. Albert had impacted his son at a young age and trained with film editing skills, cinematography skills, and photography skills.

His career highlighting moment came when the editor worked for the series, Jake and The Kid in 1994. Additionally, Kish worked for The Haunting of Sorority Row, the horror made for TV film known as Deadly Pledge in Europe and Australia.

Bert was known for his directing work in Snow Bride, Winter Song, and Stranded in Paradise.

Kish had earned a handsome amount of money from his directing and editing profession.

It is reported that Bert Kish had an estimated net worth of @1.9 million. Similarly, he has earned many nominations and awards.

However, the director had not disclosed his exact salary, earnings, and assets details till now.

Bert had never been part of any controversial matter or rumors till now. The director was preoccupied with his private and professional life.

It seems that Kish prefers enjoying his personal life and does not want to merge it with his professional life.

He had grey eyes whereas his hair was bald.

Nevertheless, the director had never mentioned other physical details in the public yet.

Regarding his social media presence, Bert Kish was not an active personality on social media.