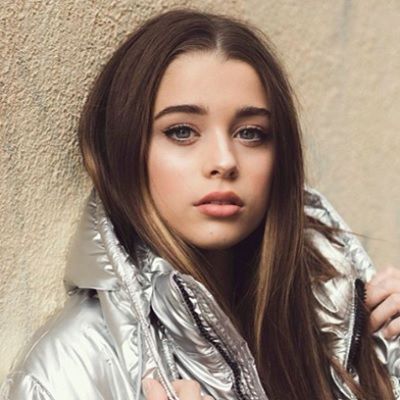 Berta Castane is a Spanish TV actress. Berta is best known for playing as Nuria Vega in the Spanish TV thriller Bajo sospecha.

From 2019 to 2020 she appeared as Carolina in the TV series El secreto de Puente Viejo.

Berta Castane was born on 5th November 2005 in Spain. She is the daughter of Juan Carlos and Nuria Carlos. Likewise, she has three siblings. Carla is one of her sisters.

She started her career as a model. After that, Berta was cast in Bajo sospecha in the year 2014. She appeared as Nuria Vega in the series. It is a Spanish crime drama TV series produced by Bambu Producciones. It originally released on 17th February 2015.

After that, she appeared in the TV movie La espanola inglesa as Tamsi. In 2016, she played Laia Nena in Laia and Aina. Nena in Oh, quina joia!

Again in 2019, she appeared as Esther nina in TV series Three Days of Christmas. Her recent work is in the TV series El secreto de Puente Viejo as Carolina. It is a Spanish telenovela produced by Boomerang TV for Antena 3. It premiered on 23rd February 2011.

Likewise, in 2017, it was the longest-running series in the history of Spanish television.