Updated On December 19, 2022 | Published By: Robert Taylor
Share this
Married 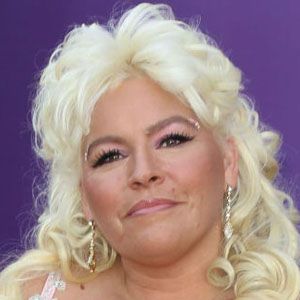 What is the relationship of Beth Smith Chapman?

Furthermore, this was not her first marriage to Beth. She had exchanged her ring with Duane for the second time. On 1991 August 26, Beth was previously married to Kieth A.

Barmore and later got separated. She had a daughter named Cecily Barmore-Chapman from her ex-husband.

Who was Beth Smith Chapman?

Beth Smith Chapman was an American TV show producer and actor. She was quite famous for her 2003 TV show Dog the Bounty Hunter.

Beth was suffering from throat cancer and it had spread despite treatment. She was hospitalized when she was filming for their new show Dog’s Most Wanted.

Beth was put in a medically-induced coma.

Beth Smith Chapman had developed complications of her throat cancer and it resulted in her death.

Hence, she expired on 26th June 2019 and she was 51 years old at the time of her death. The death came too fast. Continue reading…

Talking about her family, Her father Garry Smith, was a former professional baseball player who played in the Professional Baseball League for the Kansas City Athletics. But there is no information about her mother and siblings.

She spent her childhood in Denver, Colorado before she moved to Hawaii.

She spent her childhood in Denver, Colorado before she moved to Hawaii. Beth was the youngest licensed bail bondsman, however, the record has been broken by her stepdaughter Lyssa.

Beth has worked as a Gymnast, Ice skater, nightclub singer, and waitress in her early life, before being a bounty hunter and bail bondsman. Besides these, there are not many details regarding her early life and childhood.

During her career, Beth had worked in several sectors. Before starting her career in Tv shows, she was a nightclub singer, and a waitress, and had also worked as a clerk. Moreover, she had also become a Gymnast and Ice skater.

Beth was recognized hugely when she launched her production venture Dog the Bounty Hunter in 2003. Soon after releasing it, she touched the new height.

In addition, Beth has also introduced a couple of other shows such as Dog: The Family Speaks (2006) and Dog and Beth: On the Hunt in 2013. Despite her famous shows are hugely appreciated and also a commercial success. She hasn’t bagged any awards yet.

From all his production shows she had managed to earn a huge amount of money.

Beth’s income is increasing day by day so her actual net worth is $3 million as of 2022. Also, there are no details about her salary.

Beth was hospitalized on 27th November 2018, due to a life-threatening mass in her throat. Currently, she is undergoing surgery. A couple of years ago, she was diagnosed with stage 2 throat cancer. We hope that she recovers soon.

Once there was news of her nude pictures in Playboy magazine that went viral on the internet. Later it was found that it was false and was photoshopped.

In 2015, Beth and her husband Duane Chapman were sued for $30 million by a fellow fugitive seeker, Charles Fisher who claimed that his life was ruined by appearing on their show.

He claimed that his reputation and bounty hunting business was destroyed after he was featured in an episode of Dog And Beth: On The Hunt.

Talking about Beth Smith Chapman’s body measurement, previously Beth was pretty fat. But cut down and transferred her body through dieting and support from her husband.

According to her Official Twitter, she had more than 508 k followers.