Bethany Joy Lenz's latest work is in the movie So Cold the River. 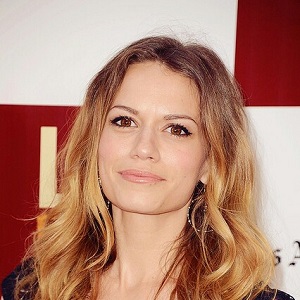 I guess I've sort of always wanted to be an actress, except when I was five, which, I did want to be the Queen of England.

I don't party. I'm a total homebody. I like hanging out with my cat, and I've actually been known to stay home and knit.

There is little but important information available on Bethany Joy Lenz’s married life, as there is information introducing her ex-husband and her life with him. She got married to Michael Galeotti, a former keyboardist on 31st December 2005.

The couple has a baby girl named Maria Rose Galeotti, but later on, they separated in the year 2012 due to some personal reasons.

She is currently dating her long-term actor boyfriend Wes Ramsey since 2012. But this affair also ended in 2017.

At present, this actress is dating another man Josh Kelly since 2018. Josh is also an actor. But they haven’t confirmed their relationship yet. However, this couple was seen together in public hanging out.

Who is Bethany Joy Lenz?

Bethany Joy Lenz is an American actress, director, producer, and musician, best known for her portrayal of Haley James Scott on The WB/CW television drama One Tree Hill.

She has also been portrayed on the CBS Daytime Soap opera named Guiding Light as Michele Bauer Santos.

Bethany Joy Lenz was born on April 2, 1981, in Hollywood, Florida, the U.S. Her nationality is American and her ethnicity is mixed(Austrian, Scottish, German, and Irish).

She is the daughter of George Lenz(father) and Catharine Malcolm Holt Shepard(mother). She is the only child of her parents. Her father is a history teacher as well as a therapist while her mother is a personnel manager and also an entrepreneur. Her grandfather was a singer.

Bethany Joy Lenz had followed her grandfather’s footsteps and began singing when she was three years old at the church named The Carpenter’s Church in Lakeland, Florida.

When she was seven years old she did her first stage performance in Munchkin named The Wonderful Wizard of Oz, a local production.

At the age of seven, Joy and her family moved to Arlington, Texas where she attended Pope Elementary School.

Lenz started her first professional drama series Swans Crossing during her trip to Los Angeles. When she was seventeen years old she acted on the CBS Daytime soap opera named Guiding Light.

In 1999 when she was working on daytime series named Guiding Light she graduated from Eastern Christian High School in New Jersey. At the end of her two-year contract with The Guiding Light, she seized the opportunity to leave her role as Michelle Bauer Santos and moved from New York City to Los Angeles to gain exposure in different avenues.

In 2006, alongside ex-American Idol judge Kara DioGuardi, Lenz co-wrote and recorded “Halo” which was released in the second volume of the One Tree Hill Soundtrack. In the same year, Lenz traveled to Los Angeles to record as well as to write various songs for the soundtrack named Ten Inch Hero.

She formed a new band named Everly in 2008. In 2012 November she joined the band Wakey! Wakey! She also joined other singers at the Gramercy Theatre in New York City for BTF Concerts: Rock The Schools 2012.

In the concert, Lenz sold 9 songs on CD named Then Slowly Grows. During an interview with Mary Ann Albright in late July 2013, Lenz talked about her musical career plans. In November 2014, Lenz created a Kickstarter fundraising page for her new EP. They toured from May to July 2016 and said an album is in preparation for 2017.

According to rumors, She was rumored to marry secretly to her long-term friend Wes Ramsey.

Bethany Joy Lenz has a height of 5 feet 4 inches and weighs 56 kg. Her hair color is golden brown and her eye color is brown.