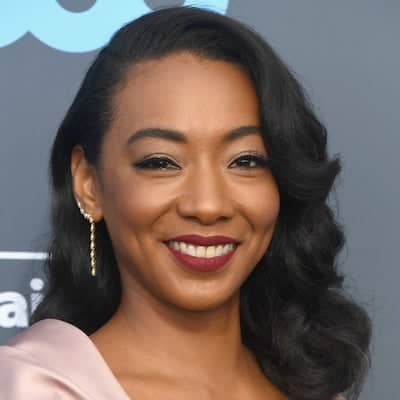 Betty Gabriel’s relationship at present is possibly single. The details of her current or past boyfriend/affair are not revealed.

But as per the reports, she was having romantic affair with Jon Rich.

Who is Betty Gabriel?

Betty Gabriel is an American actress and theater artist. The public noticed her for appearing in the TV series From Now, Counterpart, Good Girls Revolt, and more.

Her latest project, a TV Mini-Series Clickbait where she is playing the role of Sophie Brewer is under post-production. She has performed in theaters like Steppenwolf and Victory Gardens.

She was born on 06 Jan 1981 in Washington, District of Columbia, USA. The name of her mother and her father is unknown.

Betty’s ancestry is All-American and talking about her academics, she attended Iowa State University and passed in animal science in 2002.

Then she enrolled at the University of Southern California and passed with a BFA degree in acting. She also went to Conservatory at Act One and School at Steppenwolf.

After this, she joined Juilliard School and achieved a degree in drama in 2014.

Betty Gabriel started her acting career by appearing as Isabeau in a short video Maidenhead (2009). She then appeared in The Purge: Election Year, Experimenter, He’s Way More Famous Than You, In Memoriam, etc.

Her TV roles in Good Girls Revolt as Denise, Westworld as Maling, and Counterpart as Naya Temple are much appreciated by the viewers. Her other TV credits are,

This Get Out actress is keeping herself away from rumors and is also not surrounded by any desperate scandals.

Regarding Betty Gabriel’s body features, her height is 5 ft 4 inches and her body weight is 50 kg.

Moreover, her eyes are dark brown, her curly hair is black, and has a brown skin complexion. She has a fit body and does yoga to keep it in shape.